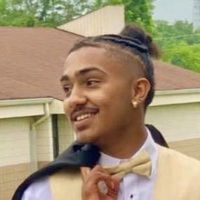 The Nicholasville Police Department (NPD) has released a statement regarding an officer-involved shooting last weekend.

“On October 22, 2022, Nicholasville Police Department officers were dispatched to a residence regarding a suicidal individual possessing firearms. The department immediately activated its special response team and crisis negotiation team, which consists of two negotiators who have been specifically trained in working with individuals experiencing mental health issues,” the statement says.

The statement goes on to say that officers went to a duplex and were confronted by an armed individual. After two hours of negotiation, the situation deteriorated and resulted in the loss of life.

“It is always difficult for family members and our community when a tragic event like this occurs,” said Chief Todd Justice of the Nicholasville Police Department in the statement. “Our officers do their best in situations like this, with immediate threats to the safety of themselves and others. We contacted the Kentucky State Police immediately following the incident and are cooperating fully with their ongoing investigation.”

The deceased individual was later identified as 22-year-old Desman LaDuke in a report by the Lexington Herald-Leader. The Fayette County Coroner’s Office confirmed LaDuke died of a gunshot wound after he was transported to UK Medical Center.

LaDuke’s family said in a letter released through its attorney that much of what has been said is false.

“There has been very limited information released regarding the circumstances of Saturday. Much of what has been said is false. And the police have done nothing to correct it. Desman was alone in his home and inside his bedroom when he was shot, through the bedroom window, by a police officer positioned outside the home. Any suggestion that officers made entry into Desman’shome were threatened inside the home by Desman, and shot Desman from inside the home,” the letter states.

According to the letter, LaDuke was struggling “with the desire to live” last Saturday, and the family called the police to help him but instead responded by”sending the SWAT/ERT unit.”

The letter states that police refused to let the family into LaDuke’s home before the tragedy occurred.

“After an hour and a half, while Desman was inside his home by himself, an officer shot through his bedroom window. The bullet struck Desman in the chest. Officers made entry and then proceeded to drag Desman across the ground through the bedroom, the hallway, the living room, and the kitchen. Officers left the heavy trail of blood on the floor for the family to discover hours later,” the letter says.

According to the letter, no one from the NPD has spoken to the family.

“We are devastated. Confused. Angry. Frustrated. Heartbroken. And struggling. since Saturday, nobody from the police department has come to express condolences. Nobody has given any answers as to why they took Desman’s life. Desman needed help. He did not harm anyone,” it says.

LaDuke’s visitation and funeral are scheduled for Saturday at Oldham, Roberts & Powell Funeral Home in Richmond.

The NPD asked the Kentucky State Police (KSP) to investigate the matter. According to a KSP news release, the investigation into the incident remains ongoing.

“KSP has statewide jurisdiction and investigates officer-involved shootings throughout the Commonwealth as requested by local, state, and federal law enforcement agencies,” the KSP news release says. “KSP is committed to being transparent while ensuring the integrity of the investigation. To protect the integrity of an ongoing investigation, it is KSP’s standard operating procedure not to release specific details until vital witnesses have been interviewed and pertinent facts gathered. Timelines to complete investigations vary based on the complexity of the case.”