Cards’ season ends on a heartbreaker in final seconds 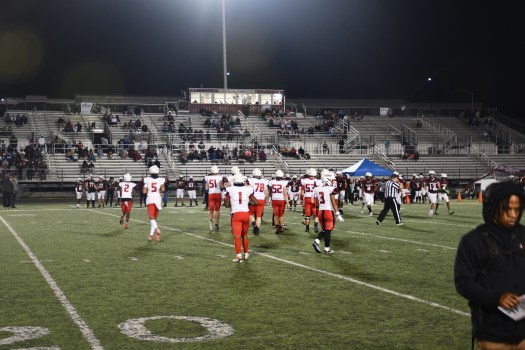 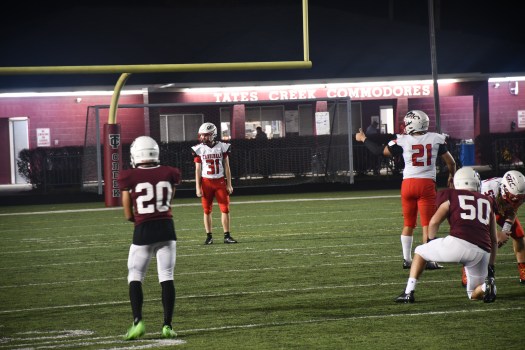 For much of the second half last Friday night, it looked like the Cardinals were on their way to a first-round playoff win in Lexington.

However, Tates Creek was able to snatch victory from the jaws of defeat.

An 8-yard touchdown pass from Andrew Witherington to Keshon Douthitt and an extra point by Emmanuel Castro gave the Commodores a 20-19 lead with 1.3 seconds remaining.

The Cards would get the ball to start the contest, although they could not pick up a first down on their opening possession.

After the Commodores drove into the Cardinals’ territory and converted on a 34-yard field goal from Castro, another offensive possession threatened to extend their lead even further.

However, it was not to be.

Defensive back Camahni John intercepted a pass and raced down the sideline 76 yards for a 6-3 Cardinal lead with just 1:14 remaining in the opening quarter.

The Cards’ next opportunity on offense would result in their most efficient drive of the night.

After moving the ball forward, Tyleik Maxwell connected with Zaydin Turner for a 13-yard touchdown pass with 10:12 remaining before halftime. An unsuccessful 2-pt. conversion attempt resulted in a 12-3 lead.

Late in the first half, the Commodores would narrow the deficit as a 5-yard Marquevion Smith touchdown run brought the score to 12-10 with 1:21 remaining before halftime.

It looked like the halftime score was set in stone.

However, GRC’s offense had one last trick up its sleeve.

Looking like he would get sacked on third down, quarterback Tyleik Maxwell escaped from a pair of Commodore defenders and heaved a pass downfield.

Junior Joey Hill was able to haul in the throw and raced to the end zone on a 70-yard touchdown reception with just 9.8 seconds remaining to give the Cards a 19-10 halftime lead.

While the first half offered nearly 30 points combined, the second would be a battle of defenses.

A tough Commodores’ unit kept George Rogers Clark off the scoreboard, as the Cards were held to just 18 total yards.

Conversely, Tates Creek could only put up 3 points on a 29-yard field goal from Castro to bring the score to 19-13 with 8:36 remaining in the 4th quarter.

The Commodores had a chance to score when the Cards were forced to punt with 2:15 remaining in the contest.

After moving the ball into the red zone, it appeared that the Commodores had thrown an incomplete pass to bring up a fourth-down play.

However, a controversial defensive penalty resulted in a first down.

Tates Creek would then punch in the go-ahead score seconds later, ending the Cards’ season at 7-4.

The Commodores move to 5-6 with the win and will take on Bryan Station this Friday.

Statistically, Tyleik Maxwell completed 8 of 16 passes for 124 yards and 2 TDs, while having 49 yards rushing.