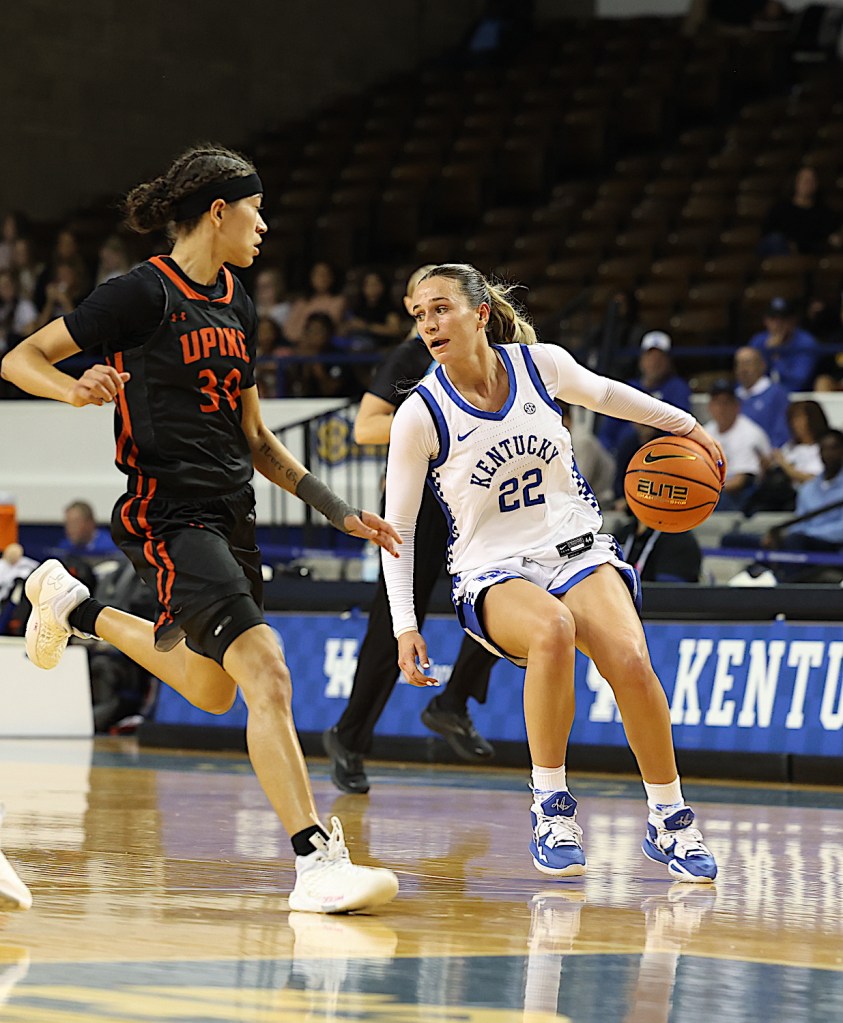 No matter what happens during games, Kentucky coach Kyra Elzy knows she always has at least one reason to smile this season.

“Do you see how happy I am that I can look down the bench and I had a whole row of people?” Elzy said.

After playing with as few as seven scholarship players in some games last year, Elzy now has a full roster of 15 players that will be on display again Friday night when UK hosts Morehead.

“I love our versatility and it’ll take us a couple of games to find the right combinations and it really depends on the opponent and what we’re looking for, but I like that we have options but our versatility,” Elzy said. “We have several players that can play the one through the four which helps us offensively as well and defensively.“

Oregon transfer Maddie Scherr is one of the 10 new players on the team and is expected to be one of the team’s major contributors this season. However, she likes the team-first attitude the team has and displayed in last week’s exhibition win.

“We shared the ball really well. Everybody knew when their shot was coming and we pushed the ball in transition,” Scherr said. “ Nobody, I think, took shots that they weren’t supposed to take and, obviously, the coaches are good and people know their roles here. That’s really important.

“As a point guard, my favorite thing is seeing players run the (down the) side and post runs down the floor.”

Scherr already knows playing with sophomore guard Jada Walker is going to be fun this season because of the quickness she brings.

“She’s just in and out of all the people and she gets her open layups when she can. Sometimes you need to reel her back in and say ‘Okay, let’s slow down, bring the ball in’ but that comes from just experience,” Scherr said. “She obviously does great there, attacking the basket and finding open players.  She’s a really fun person to play with.”