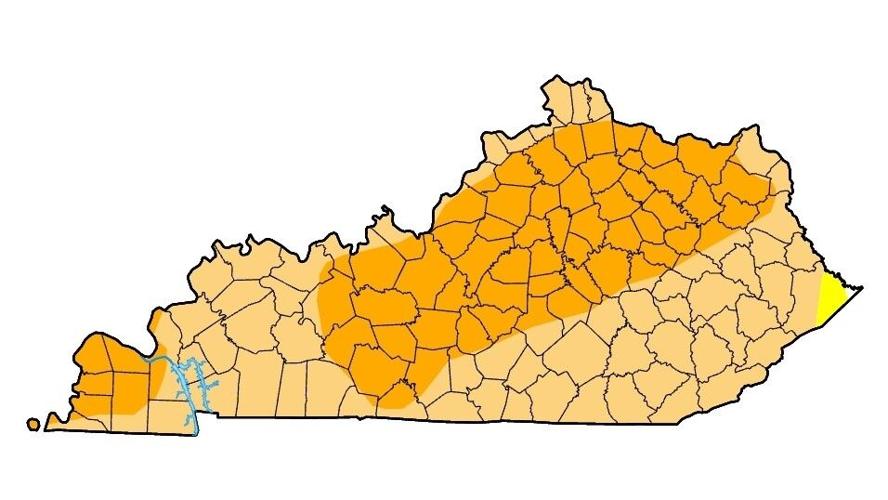 The weekly U.S. Drought Monitor, released on Thursday, showed some improvement in conditions in far western Kentucky during the past seven days, while the rest of the state saw it worsen.

Except for the eastern half of Pike County, which is abnormally dry, or D0 on the scale of drought severity runs from D0 to D4, the rest of Kentucky is at least in moderate drought (D1).

The remainder of Kentucky is in the moderate drought category. A total of 53.62% of the state is now considered D1, which is up from 43.11% in the Nov. 3 report.

Brian Fuchs with the National Drought Mitigation Center said in his summary of the past week for the Midwest, of which Kentucky is considered a part:

“Dry conditions dominated the Ohio River Valley as well as the Upper Midwest, where the dryness has been mounting during autumn. Dryness allowed for the degradation of drought intensities over Ohio, eastern Kentucky, and central Indiana. Full-category improvements to the drought intensities were made over western Kentucky, southern and northwest Missouri, central and eastern Iowa, and much of Wisconsin. Extreme drought was eliminated from most of southeast Missouri as well as western Kentucky.”

While the remnants of Tropical Storm Nicole is expected to dump from one-half inch of rain along the I-65 corridor to up to two inches in eastern Kentucky on Friday, Fuchs says, “The 6–10- day outlooks show that temperatures are expected to be well below normal over most of the country. The greatest chance of above-normal precipitation is over the Southeast as well as through the Rocky Mountains while much of the central Plains and Midwest, as well as the West, have the greatest chances of having below-normal precipitation.”

The U.S Drought Monitor is produced jointly by the National Drought Mitigation Center at the University of Nebraska-Lincoln, the National Oceanic and Atmospheric Administration, and the U.S. Department of Agriculture.