The video of a fight between two students on a Clark County Public Schools (CCPS) bus was uploaded to social media Thursday night and sparked outrage online and concern from district officials.

The video was supposedly uploaded initially on the Snapchat app but was later uploaded to Facebook before being taken down.

The Sun was not able to confirm the origin of the video or who initially uploaded it.

CCPS Superintendent Dustin Howard said that he was first made aware of the video “about an hour” after the upload went live.

“This fight happened a couple of days ago,” Howard said. “The principal at the building let the bus garage know. They reviewed video, and they followed our procedure.”

The principal handled disciplinary actions at the student’s school. The district identified neither the students nor the school due to confidentiality policy.

District officials also spoke to the bus driver in charge of the route. Due to the CCPS policy of not commenting on personnel matters, it remains unknown whether they will face disciplinary action.

“I will tell you that we investigate every situation. We look at the entire situation, and if an employee needs either extra support or further steps need to be taken in the investigation process, then we are legally bound to do what is right for our students,” Howard said.

And doing what is right for CCPS students also means making adults aware of the dangers of posting videos of minors online.

“There are a couple of different dangers. The most immediate is the fact that when folks are posting pictures or media of minors, they don’t have the permission of their guardian to do so, and it leaves them liable for any damages that come from that. Damages such as bullying or harassment,” Howard said.

The superintendent said that he recommends that anyone who comes across unauthorized footage of a minor online should immediately contact the school system and go through the proper channels to report it.

“You can contact me as the superintendent or the board of education office,” Howard said. “Let us do our work to keep kids safe without making it a spectacle on social media.”

And there are more important things at stake as well.

“I want us to work together as a community to not make it about popularity on social media,” Howard said. “As a dad of two Clark County students, I look at things differently than just as a superintendent. I want to make sure we are helping educate our folks.” 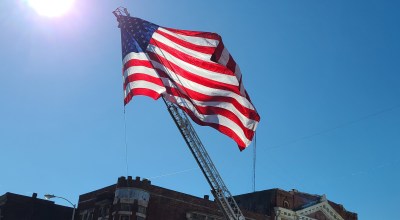