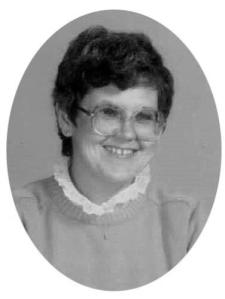 Born November 4, 1948, in Maysville, she was the daughter of the late Emerson and Bonnie Rosser Wallingford. Besides her parents, she was preceded in death by a sister, Tamara Denise “Tammy” Wallingford on October 13, 1964.

Other survivors include one sister, Lenore Schumacher and Glenn, and one brother, Emerson “Lucky” Wallingford, all of Maysville; and several nieces and nephews.

Beverly was a graduate of Mason County High School and attended the University of Kentucky, Eastern Kentucky University, and Morehead State University. Her career as a teacher, primarily in early childhood education, spanned 27 years. She retired as Family Involvement Coordinator, Education Coordinator, at Kentucky River Foothills Head Start in 2003. She was a former Head Teacher and Center Director at Powell County Head Start, and Head Teacher at Clark County Head Start. Following retirement, she enjoyed meeting monthly with the “Cracker Barrel Gang,” a group of former teachers who maintained a strong friendship through the years.

Beverly loved her family unconditionally and enjoyed spending time making special memories on a daily basis and on special occasions. She will be greatly missed and remembered as a beloved wife, mother, mamaw, sister, and friend.