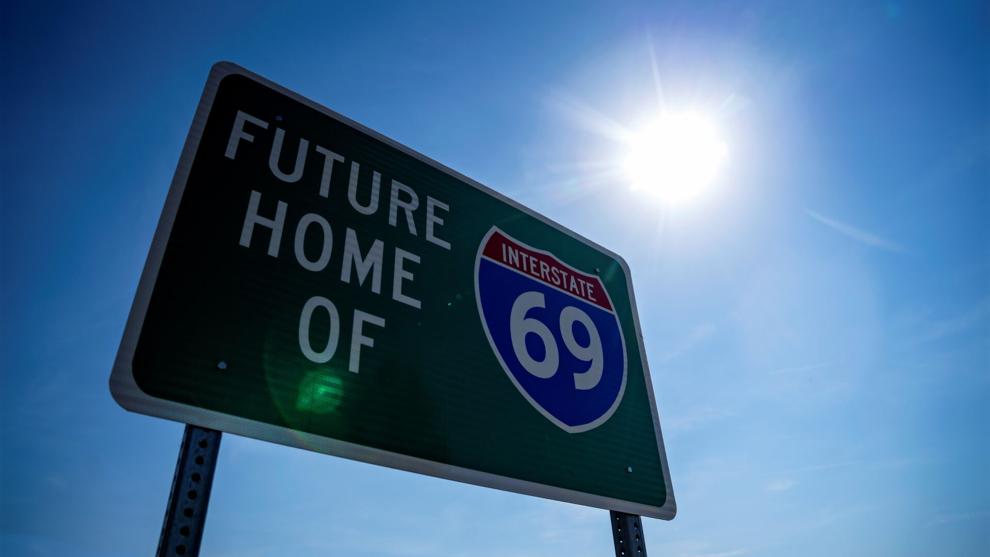 Gov. Andy Beshear announced Thursday that work will begin later this month on a project to bring 21 miles of the Julian Carroll-Purchase Parkway up to interstate standards, allowing Interstate Highway 69 to be extended from Mayfield to Fulton.

Beshear noted, “In western Kentucky, the longest awaited improvement of the transportation system has been the completion of Interstate 69. Today, we can say that the realization of that long-held goal is in sight.”

The Kentucky Transportation Cabinet awarded the contract to Jim Smith Contracting of Grand Rivers. The two-year project includes modernizing the Kentucky Highway 339 Wingo Exit 14, converting it from a cloverleaf designed to accommodate a toll booth to a diamond interchange with extended ramps suited for an interstate.

Crews also will make improvements to Exits 1 and 2 at Fulton. The project cost is $33.9 million, with a target to complete construction by the end of 2024.

The improvements will affect Graves, Hickman, and Fulton counties and is a major step toward completing I-69 through Kentucky.

“As you may recall,” Beshear said, “This past summer, we announced the award of a contract to the approach of the Ohio River Crossing for I-69.”

That bridge project will connect Henderson and Evansville, Indiana.

“Completion of I-69 from the Ohio River to the Tennessee border has been a long-held dream for the people of Western Kentucky,” the governor said. “This upgrade will further support our business and industry growth and improve travel for everyone visiting the Jackson Purchase.”

Initial work on this latest I-69 project will include clearing brush around the Wingo interchange and utility work to prepare for full construction in the spring as weather allows.

Drivers will see construction signage installed in the coming weeks, with only a few intermittent traffic restrictions expected along the work zone until early March.

When construction activity ramps up next spring, there will be a 55 mph work zone speed limit with an enhanced police presence in areas where crews are present.