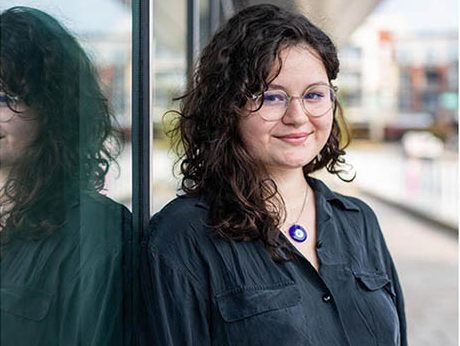 These days, a quick Google search can send someone to dozens of creators with podcasts and radio stations who publish old radio shows from the 1940s- American radio’s golden ages. Some of which are recreations. However, these are solely auditory experiences.

The community in Jessamine County has something much more special- the KCAL Old Time Radio Troupe. The show’s directors and cast call it a “hybrid play.” It is precisely that and more. If you’re in central Kentucky, you must find your way to one of these shows.

What is the KCAL Old Time Radio Show?

It is a reproduction of radio shows from the 1940s. The troupe recreates what it would be like if someone walked into a radio station while performers and hosts were recording a live radio show.

Like traditional radio shows, the crew handles sound effects like door knocks and footsteps and even atmospheric sounds like wind and cars driving on the road. The cast follows hand motions from Director and producer Doug Fain, and they read from scripts, just like they would have in the past.

But, Fain said that the group does take some liberty with their productions.

They’ll dress up to fit their characters when the cast members typically wore regular clothes while sitting at a table. That’s where the ‘hybrid’ element comes in; the show is highly visual- turning radio into the theater.

The Old Time Radio Show started in 2016 when director and producers Fain, Denise, and Norman Cline got a group together and began performing at the Creative Arts League Building.

After the first year, the troupe began to receive corporate sponsorships, giving the ticket proceeds to the arts league director, Connie Grayson. They used the sponsorship money to buy the supplies and technology necessary for the show.

To this day, KCAL still receives community help to put on the show. For example, Warner Printing donated playbills, and goodies were baked and donated by the wife of cast member David Damron.

In the summer of 2018, Grayson told Fain she planned to close the Art League. Fain called an emergency meeting of the group. “The way I look at it, we got three options. We can just close down with them, and this is it. We could find another place, but we liked where we were, or we could go on a limb and see if people would support us on our own.” So they chose the last option. They called some people who had been gracious with donations before, and they made it work through willpower and donations.

I am not the kind of person who understands nostalgia for the “good ‘ole days.” You can’t blame me! While I enjoy Bob Dylan and Stevie Nicks, I’m a 23-year-old. I know nostalgia is mostly meant to appreciate the great music and art that came before my time. But in certain contexts, it can read as a red flag to me. You couldn’t pay me to pull a “Back To The Future Part IV.” No, not even to the 80s.

But communal joy and live music wrapped me in a warm hug when I walked into the KCAL building. The crew manages to supply radio show nostalgia to the older adults in the crowd while providing a unique entertainment experience for the younger folks in the audience.

It wasn’t like anything I had ever experienced. The first half of the Christmas special show was an episode from a comedy series called “Our Miss Brooks,” which made me belly-laugh in the crowd quite a few times. Miss Brooks was played by cast member Connie McDonald, who I adored as Miss Brooks. Truthfully, I don’t even like comedies. Still, the cast’s quick quips and facial expressions (especially Connie’s) had me giggling.

The second episode was called “Suspense.” It was a ridiculously dramatized rendition of “’Twas The Night Before Christmas” that brought me to tears. Director Denise Cline had been performing since the age of 2, and you could certainly tell. Her character, Buffy, was the maid of a young girl, Kathy, played by McDonald. Kathy’s parents were supposed to come home on Christmas Eve from their trip to Paris. But unfortunately, there was a storm while the plane was flying, and although Kathy’s parents were fine- no one had heard from anyone on the plane, so they didn’t know that.

Buffy spent Christmas Eve on the verge of tears. She was trying to protect Kathy from the reality that her parents may be dead and trying to dodge an insensitive reporter trying to interview the child. Her performance is what truly pulled the tears out of me. Denise’s Buffy sobbed as she tried to read Kathy her bedtime story, “’Twas The Night Before Christmas.” That’s when I lost it. I felt genuinely grateful to be able to see that performance. I can only say it was an extraordinary experience.

Not to be a Grinch, but I’m not too fond of Christmas music. It may have been my years in retail and food service with incessant Christmas music that have permanently ruined the months of November and December. But, several Christmassy musical performances at the show warmed my heart. Right before intermission, there was a 15-minute concert by performers Roger Garrison, Billy Holland, and Cooper Bartlett. Their rendition of “Silent Night” at the show’s end made me feel like a tender and mild holy infant at peace.

As I said, this show is exceptional, and Jessamine County is lucky to have KCAL. The following week I attended a Jessamine County Board of Education meeting, and the board members said the same thing. The next show is in the spring, from April 28-30, 2023. Tickets will be posted closer to the show on the website at https://kcalotr.com/

“We’ll do it till people quit buying tickets. We enjoy doing it; it’s fun for us. Till’ people stop coming; we’ll just keep on running it.” Fain said.

This column centers the opinions and experiences of a Kentucky and Jessamine County transplant from Orlando, Florida. Gillian Stawiszynski comes from a land known for the “Florida Man”, its plentiful alligators and Disney’s swamplands. It led to a culture shock when she moved to Kentucky, a state that strangely has a more southern culture (and ice storms) than her home, much closer to Earth’s equator. Although she misses salamanders, beach air, and Publix’s Arroz con Leche, she has spent the past five years engulfed in Kentucky’s beauty and intrigue.