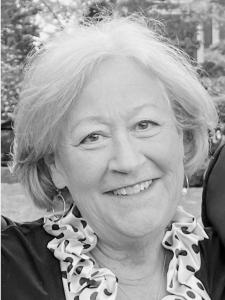 Alice graduated from high school at Hannah More Academy; a boarding school outside of Baltimore, Maryland, in 1971. She attended Transylvania University from 1971 to 1975 and graduated with a Bachelor’s degree in Education. While attending Transylvania University, Alice sang in the school choir. Alice also pledged the Beta Zeta Chapter of the Tri Delta Sorority where she held numerous offices throughout her time at Transy. She remains close to many of her sorority sisters to this day. Alice’s church home from the time she was born was First Christian Church Disciples of Christ of Winchester. From nursery to baptism; youth group to choir, Alice’s love and dedication for her church blossomed at a young age. She was a youth choir director, Chi-Rho, and CYF Leader for many years while her children grew through the church. She loved leading the youth in many Christmas plays, Mother’s Day programs, and musical programs. Alice was a deacon of the church and served on the Administrative Board on multiple occasions throughout her life. Of all her endeavors, nothing meant more to her than singing in the choir at First Christian Church of Winchester. For over 40 years, Alice shined through her tenure in the church choir. She especially enjoyed the camaraderie with all her choir members as they created beautiful music Sunday after Sunday. Alice’s musical gifts also extended to playing handbells. She was a part of the Bells Angels and took great joy ringing the handbells for the church. Alice leaves behind a close group of friends. She will be greatly missed by those whom meant so much to her in both their lives and hers.

Rolan G. Taylor Funeral Home is in charge of arrangements.