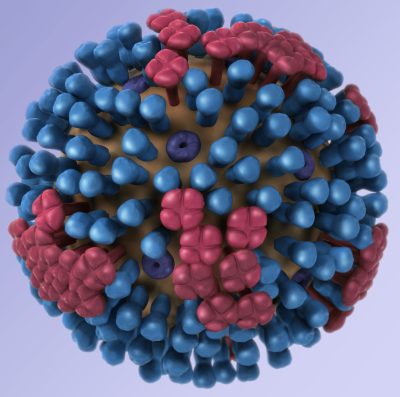 Kentucky is currently reporting the state influenza activity level as “widespread” for the 10th consecutive week, with most laboratory-confirmed cases occurring in children, leading to a record number of pediatric deaths for one flu season.

According to the Kentucky Department for Public Health, the age category with the most confirmed flu cases involves children ages 1-10, with more than 10,000 in that age group alone.

“We confirm that eight Kentucky children have died from influenza this flu season,” said Gov. Andy Beshear. “Only one of them was vaccinated. Several children who passed away were co-infected with other respiratory viruses.”

The previous record for pediatric flu deaths in Kentucky was six, which was set during the 2019-2020 flu season.

Beshear noted that most flu cases are being caused by the Type A primary H3N2 and H1N1 strains.  “Both are covered by the flu shot this year, so folks, get your flu shot. It’s not too late and will really help if you get the flu.”

Though most influenza infections result in mild illness, serious symptoms such as difficulty or fast breathing, seizures, bluish lips or face, high fever (above 104 degrees), fever or cough that improves but then comes back or gets worse, dehydration (e.g., no urine for eight hours, dry mouth, no tears), or worsening of other medical conditions require medical attention.  Antiviral treatment of influenza is also recommended to reduce the severity of the illness.

Beshear did report some encouraging news when it comes to respiratory syncytial virus, or RSV, in children.

“RSV appears to be declining,” he said, “but it’s still contributing to increased hospitalization of children. What I will say, is I saw the pediatric bed numbers and ICU numbers this week, and they are in better shape than they have been, in several weeks. We do have beds that are open, but there are still a lot of kids in the hospital, and none of us want to see that happen.  It must be really scary for those parents.”