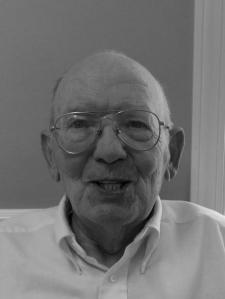 Paul Jacobs, 85, of Owensboro, Kentucky passed away on January 5, 2022 at the Western Kentucky Veterans Center. He was born at home in Pippa Passes, Knott County, Kentucky on November 2, 1937 to the late Ethel and Marion Jacobs. Paul was a Navy Veteran having served on the aircraft carrier USS Randolph. As a boy he often rode the family mule, Tom, which was the subject of many stories.
He worked as a machinist at Rockwell International for 28 years before retirement. He enjoyed hunting, watching sports and doing farm work.
Along with his parents Paul is preceded in death by his brothers, Jim Jacobs and Bobby Jacobs and sister, Vivian Eyer.
He is survived by his son, Marty (Rita) Jacobs; daughter, Paula (Tim) Licato; grandchildren, Samantha Licato, Matthew Jacobs, Nathan (Lexi) Jacobs, and Daniel Jacobs; brother, Merle Jacobs; sisters, Ivalee Kirby, Claudia Skelly, and Irene Slone; and numerous nieces and nephews.
Private family services will be held at a later date.
Haley McGinnis Funeral Home & Crematory is both honored and privileged to be entrusted with the care of Mr. Jacobs. Leave your messages of condolence for the family of Paul Jacobs and sign his virtual guestbook at www.haleymcginnis.com.