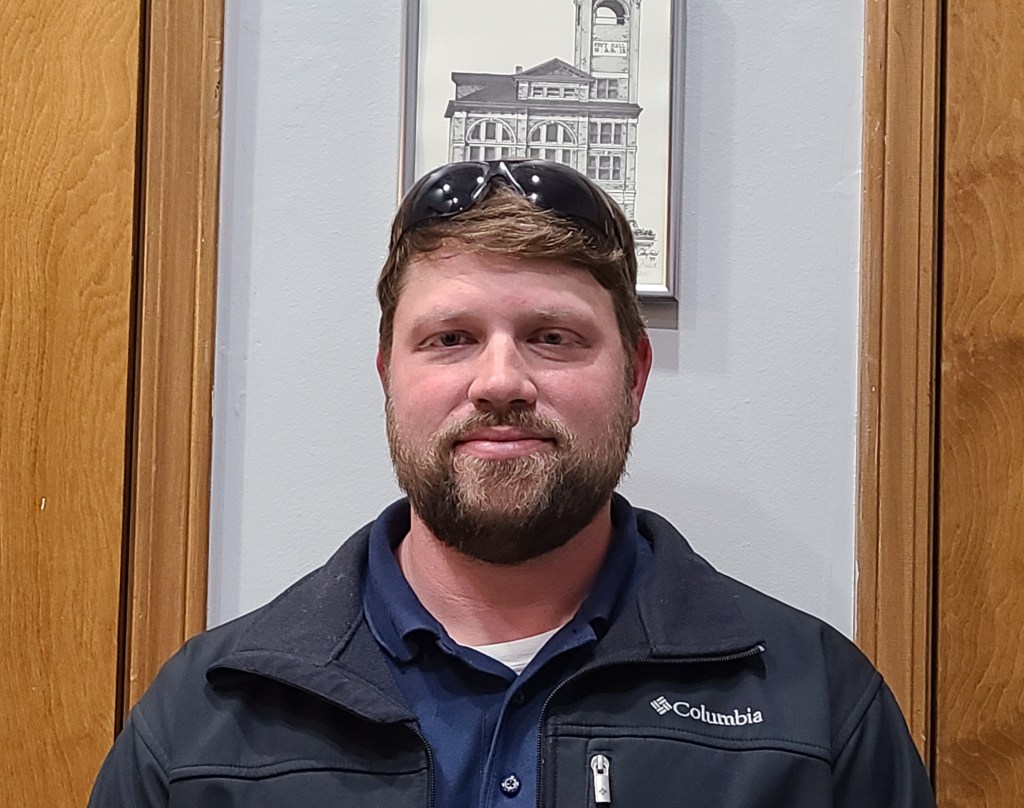 Sewell had previously served in the role in an interim capacity and was also the department’s street foreman for many years.

“I supervised the crews and day-to-day operations as far as public works operators and maintenance workers, and some supervision at the [city] garage,” said Sewell about his previous experience.

Rising to the director’s position has been something Sewell has worked toward for many years.

“It’s been a goal of mine since I started with the department in the October of ‘07,” he said.

And late last week, he found out the job was officially his.

Sewell was born in Clark County but lived most of his life on his family’s farm in Montgomery County.

He still resides there with his wife, Tabitha, and daughter, Leila. Sewell also has an older daughter, Kiah Goodpaster.

After graduating high school, Sewell got a job with the public works department as a maintenance worker. He was promoted to foreman in 2017.

“Majority of my working life has been here,” Sewell said.

The achievement of rising from maintenance worker to department director is not lost on Sewell.

“It is a neat thing to be able to do that,” he said. “The city gives you ample opportunities to move up the ladder, so to say.”

Sewell looks forward to serving the city in his new capacity.

“I want to try to provide as much service to them at the least cost as possible and try to keep our infrastructure in the best shape as possible,” he said about what the public can expect from him.