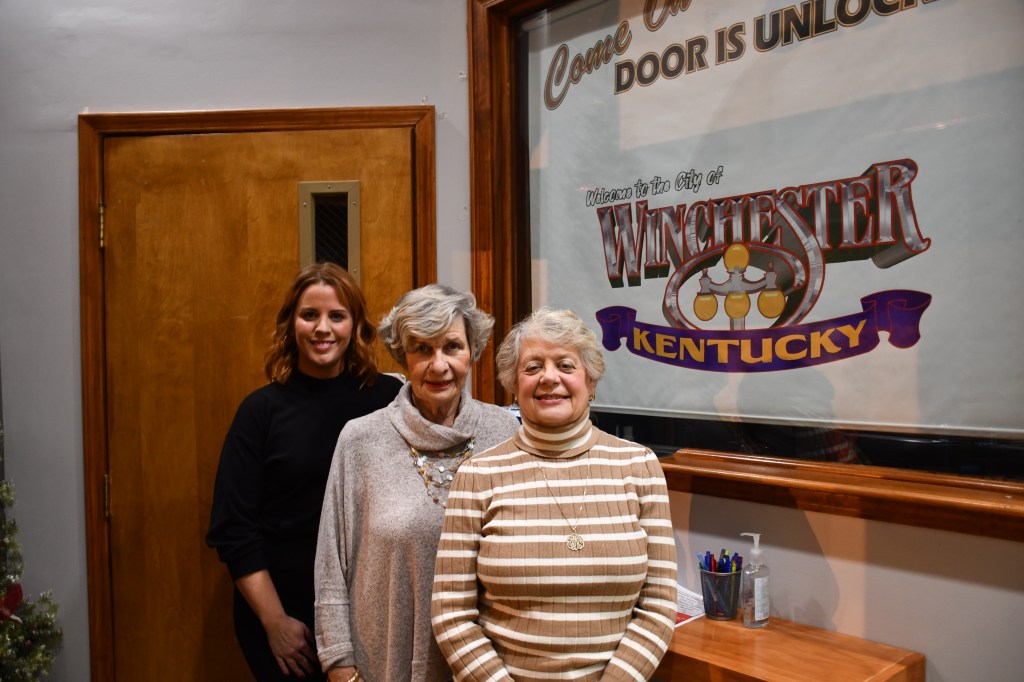 The Winchester City Commission made history when it gaveled in for its first meeting of the year on Wednesday night.

Not only was it the first meeting led by new Mayor JoEllen Reed, but it was the first time a female majority has sat on the city’s legislative body.

Reed has served the longest in public office, with six terms as a city commissioner and four years as a county commissioner when Clark County Fiscal Court adopted a three-commissioner model several years ago.

“It was the only time we had that,” Reed said about the model, which was eventually repealed by a voter referendum.

Her experience and record of community service contributed to her large margin of victory over Ralph Harrison last November.

“It is exciting. I am honored, I am deeply honored by the trust, the faith, and the confidence that this community has put in me in this position,” Reed said about her historic election.

The new mayor has confidence in the team surrounding her at city hall.

Strode has been on the city commission for over a decade and was the only woman to serve on it when she was first elected.

“I was the only new person and the only woman, so I was a little intimidated,” Strode said.

However, her colleagues on the commission and former Mayor Ed Burtner were “so welcoming,” Strode recalled, and helped her acclimate in no time, especially regarding the nitty gritty details of civic decision-making.

“I did not feel very secure of the ins and outs of going through a budget,” Strode said. “The first time where people came in and requested money was tough…Now I don’t feel that way!”

“I had been involved in grassroots things in this community, so I knew public works, the garbagemen, and people that were downtown,” she said.

Toole, who joked that on Tuesday she had been a public servant “for two whole days,” will now lean on her predecessors to guide her.

The youngest of the trio, Toole moved to Winchester when she was eight and currently works in sales for a beverage distributor, Republic National.

Her reason for running for office is simple: she wanted a say in what goes on in her hometown.’

“I want to leave a legacy. I want to have more input in my town and find reasons for other people to come back to Winchester,” Toole said.

Toole wants to show her demographic – young professionals in their 30s – that small towns like Winchester have much to offer.

And as the three set a new example, they also reflect on the past and the women who came before them in public life.

Growing up in Winchester, Reed did not see any women serve in public office.

However, former Gov. Martha Layne Collins, Kentucky’s first and only female chief executive, served as an inspiration and mentor for Reed.

“She was a treasure to me,” Reed said. “When I was trying to make decisions about different career moves, she would meet me at the Marriot Hotel in Lexington, and we would set on the sofa in the lobby…and she would guide me.”

The former governor congratulated Reed on her election and promised to watch her term with interest.

Strode grew up in Lexington and did not remember seeing women in elected office either but recalled several prominent women who were active social leaders in the community.

One of them was realtor Betty Jo Palmer.

“She was a really dynamic gal. She was involved in the community and was the president of this and that, and was on a lot of boards,” Strode said.

Civic causes were the entryway for many women into public life in the past, which continues today.

“When you think about it, most of your volunteers are women. While many men are working full-time, so women out there beating a path and raising money,” Strode said.

Growing up in a time of ample examples of female leadership in elected office, and one of extreme partisanship, Toole looked beyond politics to find her inspiration.

“My first true leadership in a female form was my college president at Queens University, Pamela Davis. She was the first person I looked to holding a position typically held by a man,” she said.

Former First Lady Michelle Obama is someone Toole also holds in high regard.

“Her drive and motivation, and her programming for the children,” Toole replied when asked what she admired about Obama.

And now, it is their turn to inspire.

The three are already impacting the young women of Winchester and Clark County.

Reed recalled an encounter with a constituent from earlier in the week.

“I was coming out of Arby’s, and a lady held the door open for me to walk out. She stopped me and said, ‘JoEllen, thank you for running for mayor. It is teaching my daughter how to do that and giving her a role model.’ So, it is very important to me to tell the young ladies you can be and do whatever you want,” she said.

And certainly, the number of women serving in elected office continues to rise across all levels of government across the nation, which is a fact that Strode was quick to point out.

“I think the door is open, and this [the commission’s female majority] is a good example of it,” Strode said. “We have three different age groups of women, and we all bring a different perspective and different experience.”

Of course, rising through the ranks of community leadership is hard work, which is a habit all three women encourage young ladies to adopt.

“You should be able to set a goal, work after it, and achieve it if you just try,” Toole said.

Granted, the future is unknown, but one thing is sure this trio of women is determined to make it a prosperous one for all.