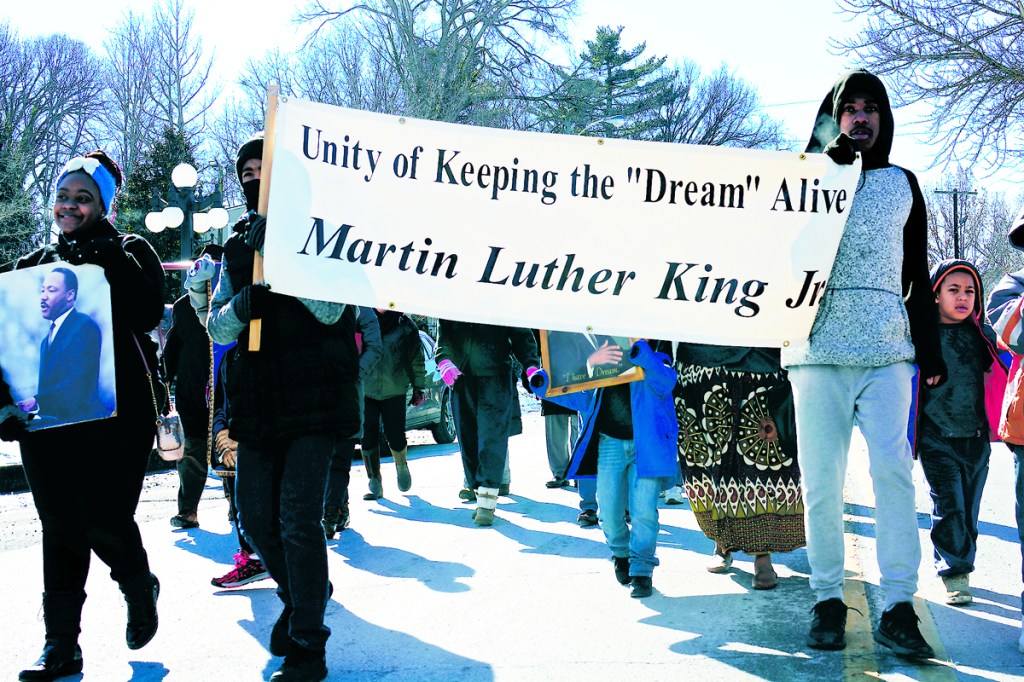 Individuals interested in participating and attending will need to be up bright and early.

The march will begin at 9:30 a.m. at the Clark County Courthouse and end at the St. Joseph Catholic Church’s gymnasium, located at 248 South Main Street.

Committee member Rich Beach explained that the march is a way to keep one of King’s philosophies alive.

“We do it as a commemoration of King’s non-violent effort to bring equity and inclusiveness to people,” he said.

At 10 a.m., a complimentary breakfast open to all will be served in the gymnasium.

The George Rogers Clark jazz band will provide music during the breakfast, followed by a musical performance by the Cardinal Singers.

Several speakers will take to the stage after the music, including William Newell and Pastor Chris Brown of Broadway Missionary Baptist Church.

“One of the presentations will recognize what we might call several of the original founders of the event,” Beach said.

The trio of events has a long legacy going back to 1986.

“The events have met in churches. The city of Winchester hosted a breakfast for several years under the direction of Mayor Dodd Dixon, and then in the later 2010s, we started doing the annual breakfast at the St. Joseph’s gym,” Beach said.

Beach also wanted to make sure that Winchester resident Deatra Newell, who has been instrumental in event for decades, is recognized for all her hard work.

In a 2018 interview with the Sun, Newell explained why the march and other events were so important to the community.

And part of continuing that spirit is ensuring that the next generation understands the day’s importance.

Which is a sentiment that Beach agrees with.

“We have tried to incorporate younger people into this event, and the reason I say that is because we bring in the GRC singers, the jazz band, and other students,” he said.

And by exposing the students to King’s message of freedom and equality for all, the committee is keeping his famous dream alive.