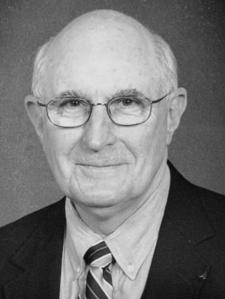 Ken (as he was called by most) was born in Sulligent, AL on May 27, 1941. He died peacefully at home on January 14, 2023 with family. He was the oldest child of Homer and Irene Dove. He had one brother, James Douglas Dove (Pat), who preceded him in death. His one sister is Sylvia Dove Eaton, and both were/are residents of Alabama. Ken moved to Birmingham, AL as a preschooler and attended public school. He graduated from Phillips High School and Howard College, which is now called Samford University with a degree in Pharmacy. He worked in Huntsville, AL and Danville, KY before he moved to Winchester, KY to work at the Corner Drug Store from 1969 till 1982. Then in 1982 Home Convalescent Aids, Inc was opened which he co-owned, with Lee Ricketts until he retired in December of 2015. During his 52 years working as a pharmacist, he demonstrated that he had the heart of a servant. He was instrumental in providing local pharmaceutical and medical equipment for Hospice and Home Health patients in Clark and Powell counties. This was done 24 hours a day when needed. He frequently worked 12 or more hours a day. His peaceful smile and calm ways were a comfort to many. Ken served in the Army Reserve for 28 years and was called to active duty during Desert Storm in 1991. He retired from the military as a Lieutenant Colonel after serving as a Pharmacy officer. After retirement Ken served as a volunteer at the Clark Regional Medical Center. He was also an active member of the First Baptist Church. Ken was a loving and generous Husband, Father, and Grandfather. He met his wife Joe Ann Hill Dove in college, and they were married in 1964 and celebrated their 58th wedding anniversary in May of 2022. They had two daughters, Catherine Irene Dove Greene and Elizabeth Lee Dove Scott (John). There are four grandchildren: Zachary Thomas Greene, Lauren Elizabeth Greene, Sylvia Ann Scott and John Wesley Scott. Services will be Saturday, January 21, 2023 at the First Baptist Church, 32 East Lexington Ave. at 11:00am with visitation from 10:00 am till the hour of service. Rev. Don Burkhead presiding. Rolan G. Taylor Funeral Home in charge of arrangements. In lieu of flowers donations may be sent to Hospice East, 407 Shoppers Dr., Winchester, Ky or First Baptist Church, 32 E. Lexington Ave., Winchester, KY 40391.