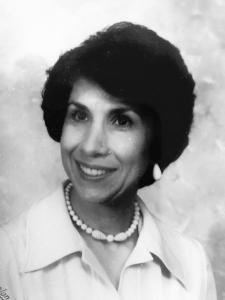 Jane Payne Aaron passed away peacefully in her sleep, January 20, 2023. Satenig Der Torosian (Jane) was born to Ashken and Nazaret Der Torosian on October 26, 1938, in Fresno, CA; the eighth of nine children. She was very proud of her Armenian heritage and the family she raised in Owensboro, Ky. She was fondly referred to as the matriarch of the Aaron family. She was preceded in death first by husband, Billie Wayne Aaron (1980) and her second husband Thomas H. Payne (2016) of which she both she dearly loved. She is survived by three sons, Chris, Tom and Larry Aaron, six grandchildren, and eight great grandchildren, soon to be nine. Jane loved and had admiration for her daughter-in-laws and spouses of her grandchildren equally. They include Christie Aaron, Leif & Lucy Aaron, and Jason & Amanda Aaron of Winchester. Jane was a long-time member of the Omico Plastics team, where she served as the Quality Control Manager and a mentor to many young team members. She selflessly served as a volunteer, transporting cancer patients, and assisting with tax preparation assistance through the AARP Foundation. She would want to be remembered for her empathy, honesty and continuing desire to always do more. Many have said, “We have lost a great one!” She will be deeply missed.

Services to be at Haley-McGinnis Funeral Home in Owensboro, KY. Remembrances may be made to the American Cancer Society in Kentucky or the Armenian Education Foundation.