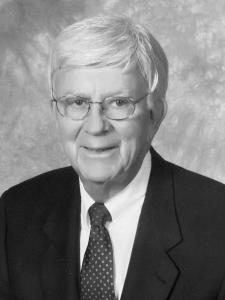 Dr. William E. “Bill” Snowden, 92, died on Sunday, January 22, after a short illness in Winchester, Ky. He was born on November 7, 1930. Dr. Bill was a dentist and a deacon emeritus at Central Baptist Church, Winchester. He accepted Jesus as Lord and Savior and was baptized at age 7.He was married nearly 70 years to Peggy Seale Snowden. In addition to his dental practice, he went on 26 international dental mission trips; 15 with Peggy and two with his two sons. After retiring, he did volunteer dentistry for eleven years at Clear Creek Bible College, Pineville, Ky. He also served as the healthcare volunteer recruiter for the International Mission Board, SBC. He was a graduate of Georgetown College where he later served as a Trustee. He was also a graduate of the School of Dentistry at the University of Louisville. He was active in his church and community. At Central Baptist, he was a deacon, sang in the choir, taught adult Sunday School, was a Church Training leader, and led the Sharing Group for teens. He was president of the Bluegrass Dental Society, Winchester’s Kiwanis Club, and was co-founder of Winchester’s Little League football program. He is survived by Peggy and his two sons William Mark (Mrs. Mary Leigh) and Dane Seale (Mrs. Linda). Grandchildren are Lauren Snowden, Ryan (Mrs. Christin) Snowden, Joshua (Mrs. Emily) Snowden, and Lizzy (Mr. Nolan) Willoughby. Great grandchildren are Kylee Sturgill, Sawyer Snowden, Finley Snowden, and Holden Snowden. The Viewing was at 10:00 a.m. with the Funeral at Noon on Thursday, January 26, at Central Baptist Church, 101 West Lexington Avenue, Winchester, Ky. The graveside service was for the family. Rev. Michael Houchins, presiding. Pall Bearers are Ryan Snowden, Josh Snowden, Nolan Willoughby, Jeff & Christopher Parr, and Steve Craycraft. Honorary Pall Bearers are: Gene Graves, Ken Durkin, Richard Preece, the Gail Blakeman Sunday School Class, and Central Baptist’s Deacons.
Donations in lieu of flowers are requested to go to the mission work of Central Baptist, 101 W. Lexington Ave., Winchester, KY 40391.