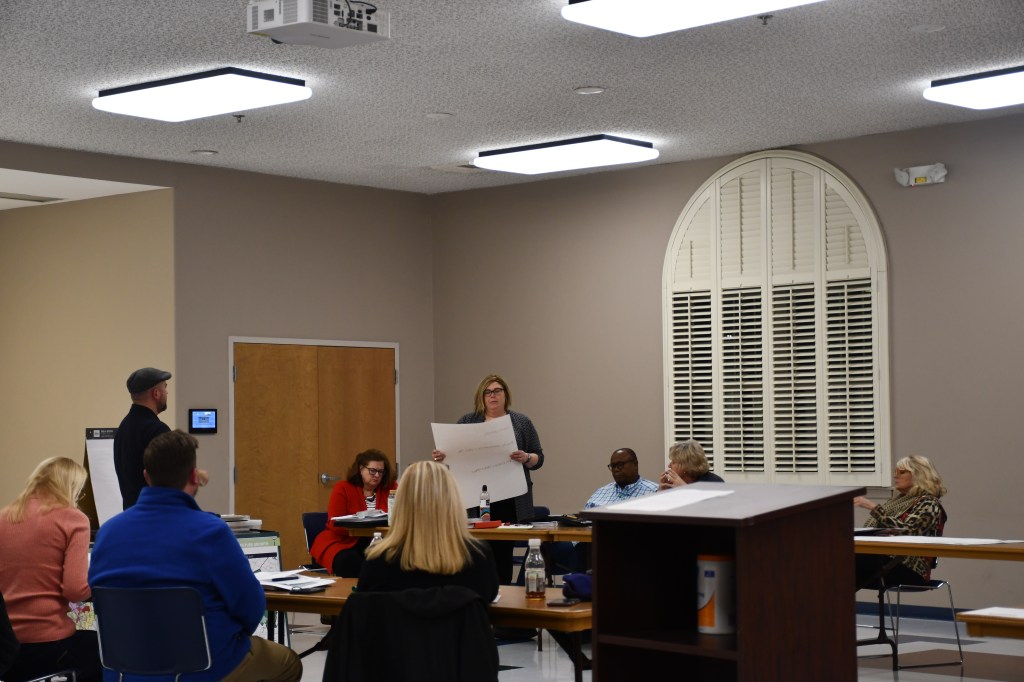 While everyday concerns are dealt with in Clark County, many people are preoccupied with long-range planning.

With such a spirit in mind, the Clark County Extension Office was filled last Tuesday with both members of the Comprehensive Plan Update Committee and the general public looking to learn and contribute to the conversation.

“The primary purpose is the 20-year plan for the community”, said Robert Jeffries, the director of planning and community development for Clark County. “The plan can outline everything from the goals and objectives for transportation elements to land use elements to community engagement. It can comprise a lot of things, mostly the built environment and what type of development the community would like to see, but also the type of activities [they] would like to see.”

The Comprehensive Plan for Clark County was first laid out five years ago.

“Tonight we will break into season…we’re going to talk about the goals, the objectives, and making decisions about those”, Disney said. “I think it’s a great plan, but at the same time, five years have passed. We might really have to look at…[making] some revisions.”

As committee members discussed potential plans for the future, those in attendance were welcome to walk around and see what information had been learned from the community.

They primarily gathered this information via the Photovoice Project undertaken by the Clark County Health Department.

The project involved numerous participants and reflected three primary goals: recording and reflecting community strengths and concerns, promoting dialogue and knowledge about issues through group discussions and photographs, and reaching decision-makers and encouraging the adoption of health-promoting policies.

Although the public comment session was shorter than many anticipated initially, Lee Larry spoke of concerns he felt needed addressing in the Poynterville neighborhood.

Issues that got mentioned include infrastructure and development on 7th Street.

Categories representing strength in the community were also mentioned, including resources working together to meet community needs and the strength of community gatherings.

Highlights within these categories included the development of Legacy Grove Park and the strengths of Clark County Medical Center.

Along with Larry, several local community members were present for the event.

With community interest high, it’s safe to say that further considerations for development will be underway.

“Taking the time to really reach out to the public and talk to them…it’s something I’ve always enjoyed”, Jeffries said.