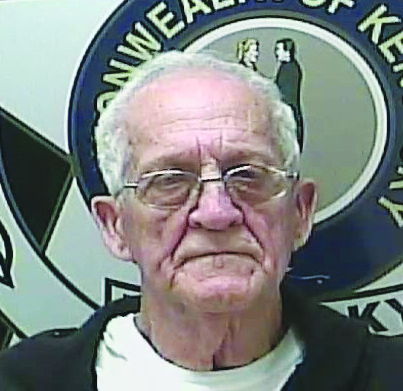 An elderly man charged with causing a deadly crash will be allowed to go on home incarceration, provided he can post a $10,000 bond.

James Pelfrey, 84, of 402 Tremont Lane, is facing two counts of second-degree manslaughter and one count of first-degree assault from a June 7 crash on Bypass Road in Winchester.

Pelfrey was indicted in October and jailed on a $20,00 cash bond. Thursday, Clark Circuit Judge Jean Chenault Logue amended it to $10,000 cash with several conditions including home incarceration, that he not have a vehicle at the house and never drive.

Pelfrey’s attorney Mitchell Berryman said Pelfrey has already surrendered his driver’s license and does not have a vehicle any more. Pelfrey said he had a relative who would bring food to his home.

The crash happened on the night of June 7 near the intersection of Bypass Road and Colby Road. Pelfrey said a vehicle following him blinded him with its headlights and he did not see other vehicles stopped for the traffic light.

Police said Pelfrey’s Cadillac slammed into a Ford Aspire, which was slowing or stopped at the intersection. Two of its occupants, 62-year-old Sarah C. Helfrich and 35-year-old Juanetta Mitchell, were killed in the collision. A third woman, 38-year-old Sadalia Mitchell, was injured. All three women are from Richmond.

Police said there was no evidence Pelfrey slowed prior to the impact. The driver of a third vehicle was also injured.