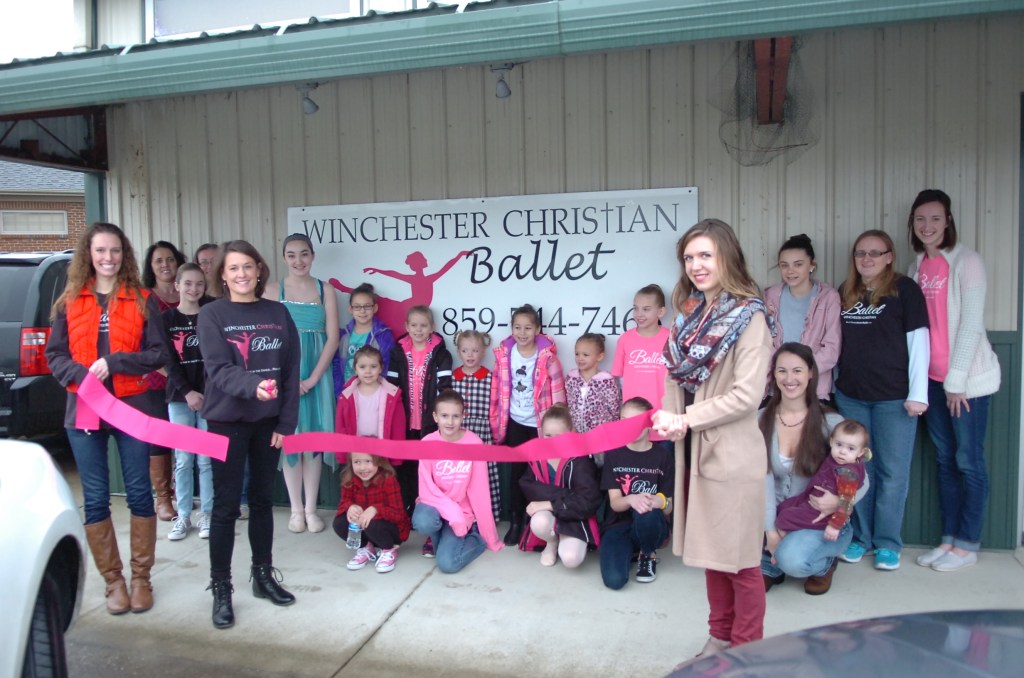 The Winchester Christian Ballet hosted a ribbon-cutting and sign up event for its new home at 150 Redwing Drive Saturday morning.

The school has operated in Winchester in various forms for 15 years, and in its current form for the past five.

It is a nonprofit run by a board of seven parent volunteers, and its mission is to teach classical ballet techniques while providing an atmosphere of Christian fellowship and glorifying god in dance, according to board chair Mary Bolar.

The studio has about 50 students from Winchester and surrounding communities. It moved from its previous location downtown in October, Bolar said.

“We miss downtown, but closer to the bypass we’ll be more visible and have more room and more parking,” she said.

The board had some challenges with the new space, including having to build a new dance floor raised over the existing concrete floor.

The new space also allows the school to plan an expansion in its services.

“We have two studios, so now we can run classes at the same time and offer more,” Bolar said.

The studio also offers tap and contemporary classes that were started last year.

The school is accepting applications for the next semester that will be open until January 28.

The last week in January is also a “bring a friend week” according to Bolar, where prospective students can take a free class.

The studio’s next performance will be a ballet version of “You Are Special” by Max Lucado at Leeds Center for the Arts May 14 and 15.

Woman gets 180 days for attempted assault of grandfather