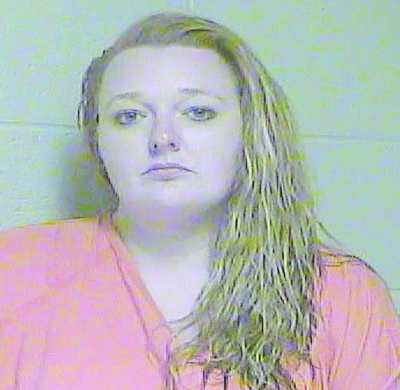 Three people pleaded guilty Thursday to their roles in facilitating a sexual relationship between a state prisoner and a pre-trial officer last summer.

The relationship between Daphne Kelley and James Bussell came to light in August after officials at the Clark County Detention Center notified Winchester Police of the relationship between the two. Bussell was serving a state sentence in the jail and was allowed out on work release. Kelley was a pre-trial officer and was frequently in the jail to interview prisoners for court proceedings.

Thursday, Kelley pleaded guilty before special judge Rob Johnson to official misconduct, which was amended from third-degree rape, and complicity to second-degree escape.

The third person, former county maintenance worker David Lovings, pleaded guilty to one count of complicity to second-degree escape. Police said Lovings allowed Kelley and Bussell to meet at his home on Ashland Avenue for their sexual encounters.

Prosecutors recommended sentences of four years for Bussell, three years for Kelley and one year for Lovings. All three are scheduled to be sentenced April 20.

Police said the relationship between Kelley and Bussell had continued for several months. Winchester Police stopped a Parks and Recreation truck on Aug. 2 containing several prisoners on work release, including Bussell. Witness said he was dropped off at a residence on Ashland Avenue several times to see Kelley.

Kelley also admitted to having a sexual relationship with Bussell at the Ashland Avenue residence, according to court documents.

Kelley was charged with rape because her position as an employee of the court system put her in a position of authority over prisoners and inmates, police said.