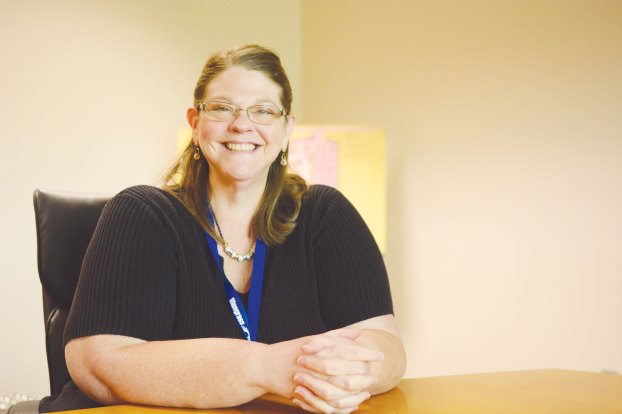 When Camille Cooper earned her bachelors degree in elementary education after being laid off from Lexmark, she was envisioning teaching young children, not adults in a post-secondary setting.

Nevertheless, Cooper has been teaching office systems courses to students at Bluegrass Community and Technical College off and on for the past three years.

Following her departure from Lexmark, Cooper said she began looking for a new career that offered “something completely different.”

“I didn’t feel like I was seeing the results of what I was doing at my old job,” she said.

She opted for teaching, but when she completed her degree she found that the timing offered her few options on the job market.

“I finished my degree mid-year, and nobody was hiring,” Cooper said. “Mr. (Bruce) Manley was a friend of mine and offered me a temporary financial aid position. Since I had an education degree I started teaching.”

Cooper began teaching an introductory computer literacy class that focusses on learning to use the Microsoft Office suite. The class was a natural fit for Cooper, who spent much of her career in an office setting.

“I feel like I’ve been out in the real world so I know what skills are required of you even for a basic job,” Cooper said.

She added that she also has real-world experience seeing what jobs are in danger of being replaced with computers in the near future, giving her some insight that instructors with a traditional background may not have.

Cooper said her work has introduced her to two different types of students who have different challenges. She said that it is not uncommon for her to teach a non-traditional student who has never used a computer before and has no idea what to do.

On the other hand, she also works with recent high school grads who can text and use social media apps, but are unfamiliar with the basics of practical office software.

Cooper said that the best part of her new career is the role she has as a leader and mentor. She said she is happy to do work both in and out of an academic setting where she can share her experience in the professional world to assist others in finding success.

Cooper’s work continues even when she is not teaching, as she is active at Calvary Christian Church, which she attends, sings on the praise team and leads Bible studies.

In her spare time, Cooper said she enjoys spending time with her daughter.

For recent GRC grad and governor’s scholar Chris Collins, getting a degree and working in a field he enjoys just... read more