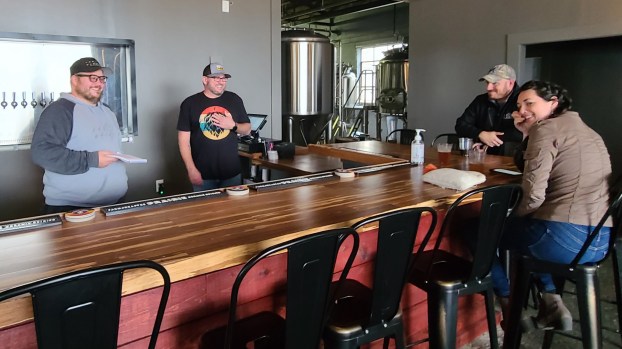 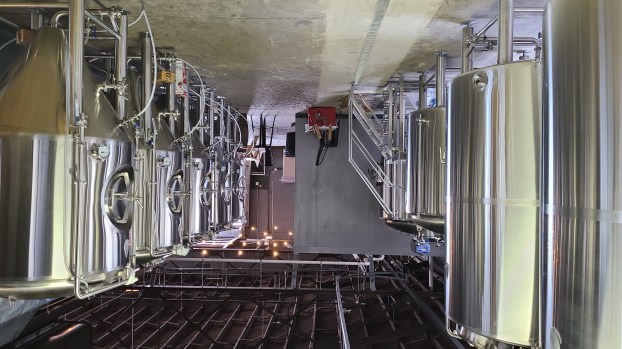 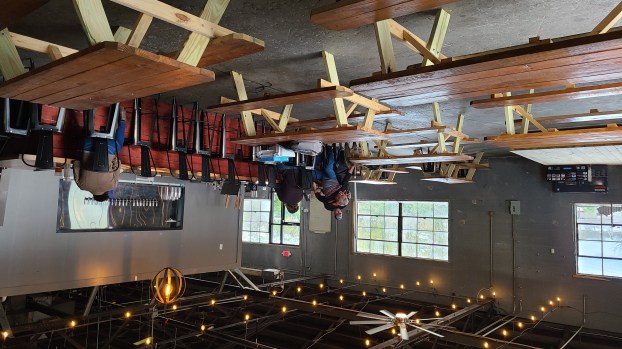 Abettor’s new location will give its customers more space to enjoy an evening. - Photo by Warren Taylor

Something hoppy is afoot on Depot Street in Winchester.

Abettor Brewing is preparing to open its second location, officially listed at 128 N. Highlands Ave, full-time after letting the public in on select dates.

The building will include a full-service bar and eventually a kitchen for a restaurant called The Source.

“I now really believe that Winchester can support more than one brewery,” the owner of Abettor, Tyler Montgomery, said.

Montgomery is a Winchester native. He homebrewed beer for years and starter a beer brewing trade publication, Brewer Magazine, in 2012.

With that experience, it was a natural decision to open one of his own when he was contacted in 2015 by local leaders about bringing one to his hometown.

The brewery’s initial location on Lexington Avenue, opened in 2019, has been so successful that Montgomery decided to expand.

“We wanted to bring a better customer experience than we are already doing, “ he said. “We needed more space and parking.”

“Winchester is developing into a young, professional type town. It bodes well for this type of entertainment attraction,” Montgomery said.

An exciting part of the new location is joining a thriving downtown.

“Now we actually get to be a downtown brewery and be a part of Main Street and all the other great local businesses we have down here, “ said John Howard, the brewery’s taproom manager.

Moving downtown has always been on Abettor’s radar.

“We’ve always wanted to be down here,” Howard said. “It’s just a matter of waiting.”

Montgomery initially looked at several downtown locations before opening Abettor’s first location. He said he even scouted out the second location, but other businesses occupied it.

Earlier this year, it finally opened up, and Abettor entered into a rent-to-own agreement with the former owner.

“Everything literally just fell into place properly, almost like it was meant to happen,” Montgomery said.

Once Abettor purchased the building, the real work began. The building was previously occupied by a granite company and a garage door business and needed to be remodeled to become a space for brewing.

“We had to install all new plumbing,” Montgomery said. “We wheeled out new bathrooms. A lot of the plumbing was drain lines for the new brewhouse.”

The renovations also included building new walls, upgrading the electrical wiring, and reattaching the building to city utilities. All of the upgrades were done to modernize a building constructed early in the previous century.

Abettor prides itself on being a genuinely local beer by using ingredients grown in Clark County. Howard and Montgomery both said that they want to distribute, which requires more brewing capacity.

“We’re on pace right now to do about 140 barrels a year,” Montgomery said about the current production capacity. “We’re on a barrel and half system, so we are brewing almost all the time just to keep up.”

The Depot Street brewery will increase Abbetor’s production tenfold and beyond.

“With this system, it will take us too, at a minimum without adding any additional tanks than we’ve already purchased, right around 1,300 to maybe 1,500 [barrels],” Montgomery said.

“I love it,” Montgomery said about why it is staying open. “It was the first big, major project that I had ever done.”

It is also in the area of town that Montgomery calls home, and he wants it to continue to be “ a cool neighborhood hangout for families and all of our neighbors.”

Abettor means “accessory,” and by adding a second location, the brewery is proving to be an able accessory in making Winchester a more enjoyable place to live.