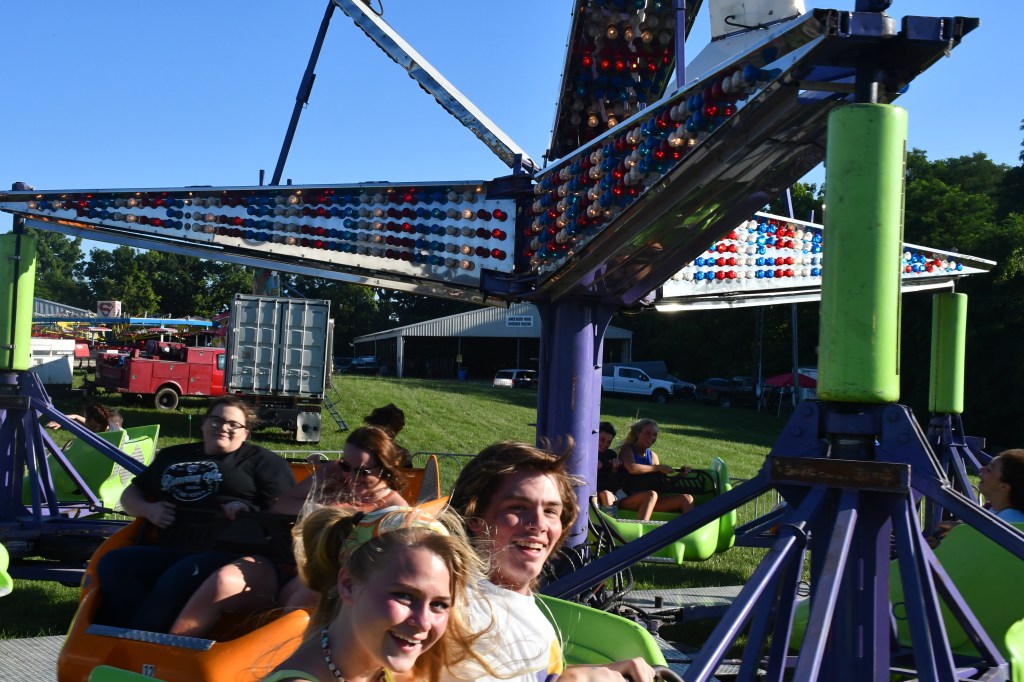 They say that the old summer traditions include baseball, hot dogs, apple pie, and Chevrolets, but for some that tradition includes a visit to the county fair.

From June 25-July 2, the annual Clark County Fair drew a bevy of individuals in attendance from across the state.

“This is my first experience in 20 years [at the fair],” said D.J. Currant, who is originally from Winchester. “I see a lot of guys and people I went to school with. I live in Mt. Sterling now. It’s just good to be home.”

As with any event, it takes a variety of individuals to make sure things run smoothly.

While several workers tended to rides, others were active in games.

Among them was Zenon Mendoza Mendoza who was busy working a station in which prizes could be won for making shots with a basketball or popping balloons with a dart.

Adults were not the only individuals making sure everything at the fair ran smoothly.

David Whitaker could be seen on Wednesday manning Scooby Doo’s Fun House. Though only 13 years old, it is Whitaker’s second time helping out at the Clark County Fair.

“Making the kids listen to you [is the best part],” he said. “You walk through it, make sure nobody runs, and you can go in there and help them if you want to.”

Aside from the games, other competitive matchups took place.

A horse show brought out individuals from across the state, including Nick Bush – who owns and trains equines in nearby Campton.

“I’m constantly bringing new horses in. We use horses a season or two and then sell them, that’s part of the business,” said Bush. “We’re going to make [my horse] a show horse. He’s got potential, he just needs repetition a time or two.”

The rides offered an ideal opportunity for couples to get together, including recent graduates Jack James of Lafayette High School in Lexington and Cassada Herman of George Rogers Clark High School.

Though Herman acknowledges attending other fairs, he said the Clark County Fair has been the most memorable for him.

“I just wanted to check it out, have some fun, [and] ride all the rides,” James said. “So far, it seems a lot more friendly. A lot of the rides [in Lexington], you had to pay a lot more money.”

For families, opportunities for enjoyment were in abundance as well.

“It’s all about the kids. It’s always been about the kids,” Currant said. “Seeing how much fun [my son] has out here and the excitement he gets reminds me of when I was a kid.”