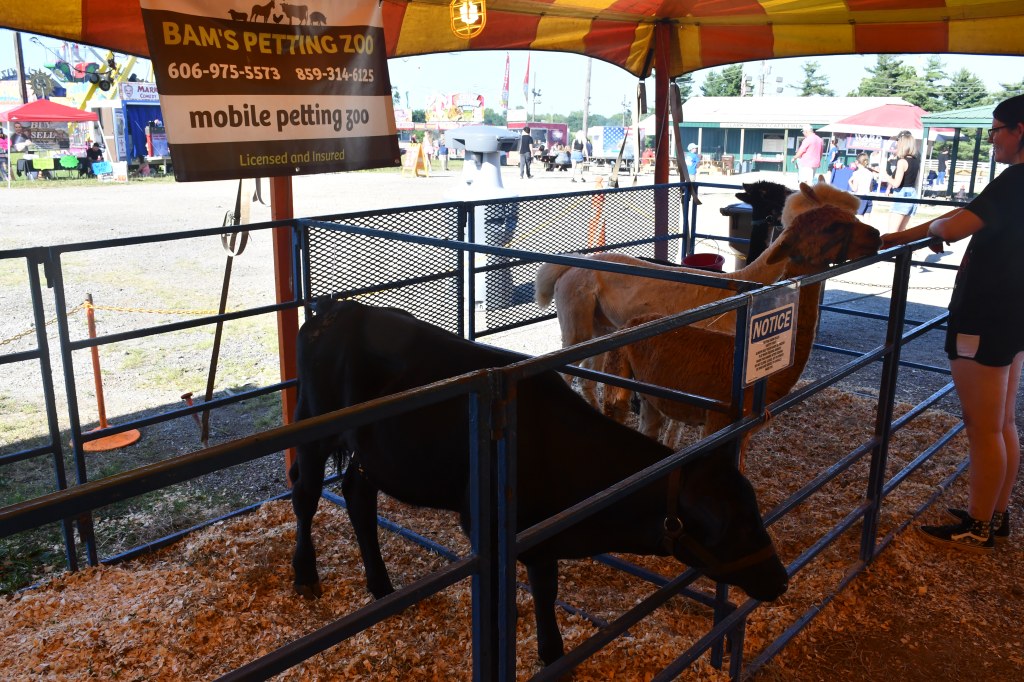 In the beloved children’s song, Old McDonald had a farm consisting of a variety of barnyard animals.

The positive sentiment could be felt last week at the Clark County Fair, as Bam’s Petting Zoo of Estill County had several present for an opportunity to feed different animals.

“You can come in and see all the animals that we have, and pet them,” said co-owner Missy Hunt. “It’s really fun to come out…[and] just get to live on them a little bit.”

A large variety of furry and not-so-furry animals were featured, such as alpacas, goats, sheep (including bighorn), ducks, pigs, turkeys, roosters, chickens, and even a cow.

“It’s really fun to meet the animals, and get to see some you’ve never seen before,” Hunt noted.

For a small fee of $3 to $5, feed was available to be used by fairgoers – as animals seemed ready to eat right out of passersby hands, though some appeared just as content with relaxation as well.

While petting zoo’s have been a feature of the Clark County Fair previously, this is the first year Bam’s Petting Zoo has shown up.

Just weeks ago, they participated in the Mountain Mushroom Festival out in Irvine.

For Hunt, who has grown up around animals, the opportunity young ones have stands out the most.

“Watching the kids light up when they see some of these animals and the smile on their face is just amazing,” she said. “That’s what it’s all about.”