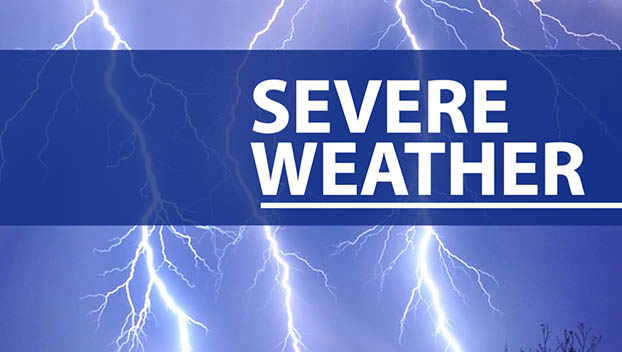 In a summer that has been warm and humid, rainy and windy weather may have been furthest from the mind of Winchester citizens recently.

On Wednesday afternoon, a turn in weather conditions took Winchester – along with the state of Kentucky  – by surprise.

Heavy winds and severe thunderstorms hit the community, causing damage and other inconveniences.

“We have widespread reports of trees down across Clark County,” said Evan Webb, a meteorologist with the National Weather Service in Louisville. “About 16,000 homes [statewide] are still without power.”

As of Thursday morning, the exact number of homes and other locations without power outages in Clark County is still unknown. It has been reported that 4,072 power outages occurred in neighboring Fayette County.

The storm hit the area at approximately 5:01 p.m., and entered Clark County from the Lexington area and dropped around two inches of rain.

Fortunately for Clark County residents, no flood damage has been reported.

The initial warning called for 60 mile-per-hour wind gusts and penny-sized hail. Ultimately, peak wind gusts would officially register at a recorded 46.2 miles-per-hour. However, because the reading took place at a station 3 miles northwest of downtown Winchester, its possible that the localized speeds might have been somewhat higher.