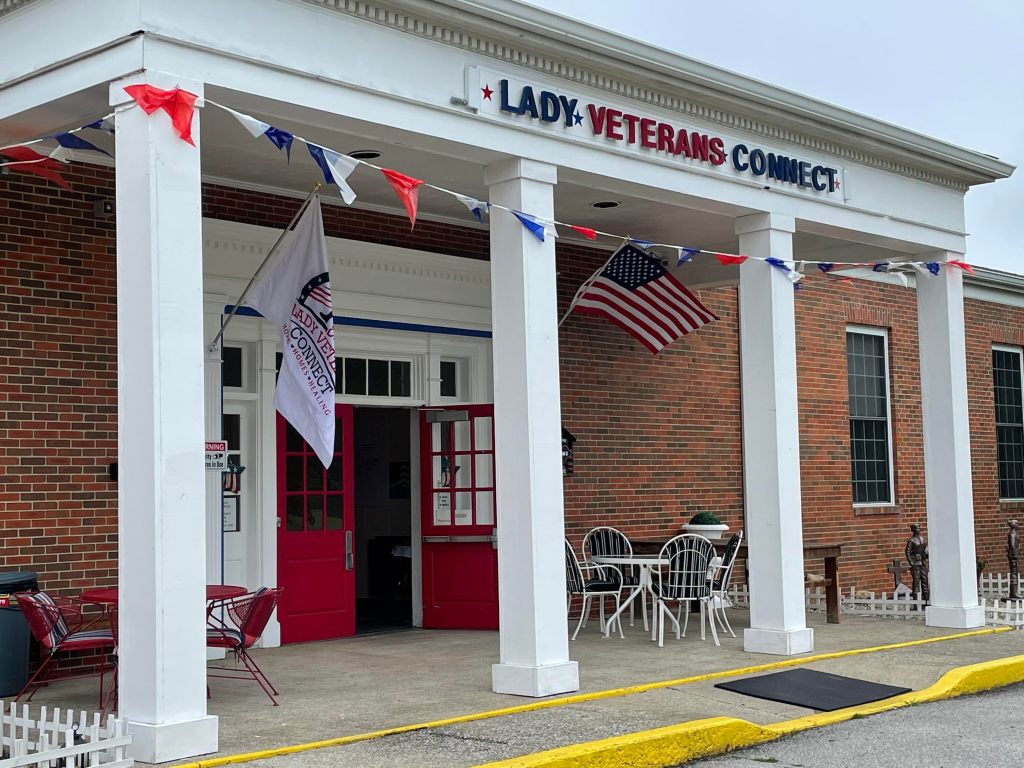 In a week that saw the celebration of the United States of America’s birthday, one Winchester non-profit serving the nation’s soldiers celebrated its birthday.

On Saturday afternoon, Lady Veterans Connect – an organization dedicated to assisting women who have served in the armed forces – celebrated its first anniversary at Anna’s House on Irvine Road.

The building had been the site of Trapp Elementary School before 2015.

“What I’m most proud of here is all the hard work, dedication, and passion of so many volunteers that has made it possible to have this place here for women veterans to come and heal,” said Phyllis Abbott, the woman who founded the organization and serves as its executive director.

Since moving into its present location, Lady Veterans Connect has converted what used to be classrooms into as many as three separate bedrooms, equipped with sleeping arrangements, dressers, and more.

In total, the facility has a maximum capacity of 32 individuals.

While the facility does not offer drug and alcohol rehabilitation services directly, it has been able to take in veterans who have just been released from a program and connect others with related services.

The organization serves female veterans from different areas of the country.

“I came to Lady Veterans Connect because I was experiencing homelessness,” said Leticia Babcock, a U.S. Army veteran from Bakersfield, CA. “They [are] able to provide a place where it just wasn’t so crowded. I’m able to get rest and have more of my own space.”

Along with direct services to military personnel, Lady Veterans Connect supports other organizations and individuals through donations.

“We serve much more than [veterans], and we want people to understand that we’re here, and we support our community and organizations that need help,” Abbott said. “We want to make our mission statement broader to reflect all that we do.”

While a bevy of supporters and volunteers – such as Treasurer of the Clark County Republican Women’s Club Harriet Thompson and Tish Caldwell, wife of an Air Force veteran – were present for the festivities, other individuals made their first visit.

With that reasoning in mind, Morrow finds it essential that female veterans have a place to go both now and in the future.

“For some folks, this is the last chance between life and death. For them to have a home that’s loving and supportive and helps them get back on their feet is very important.”