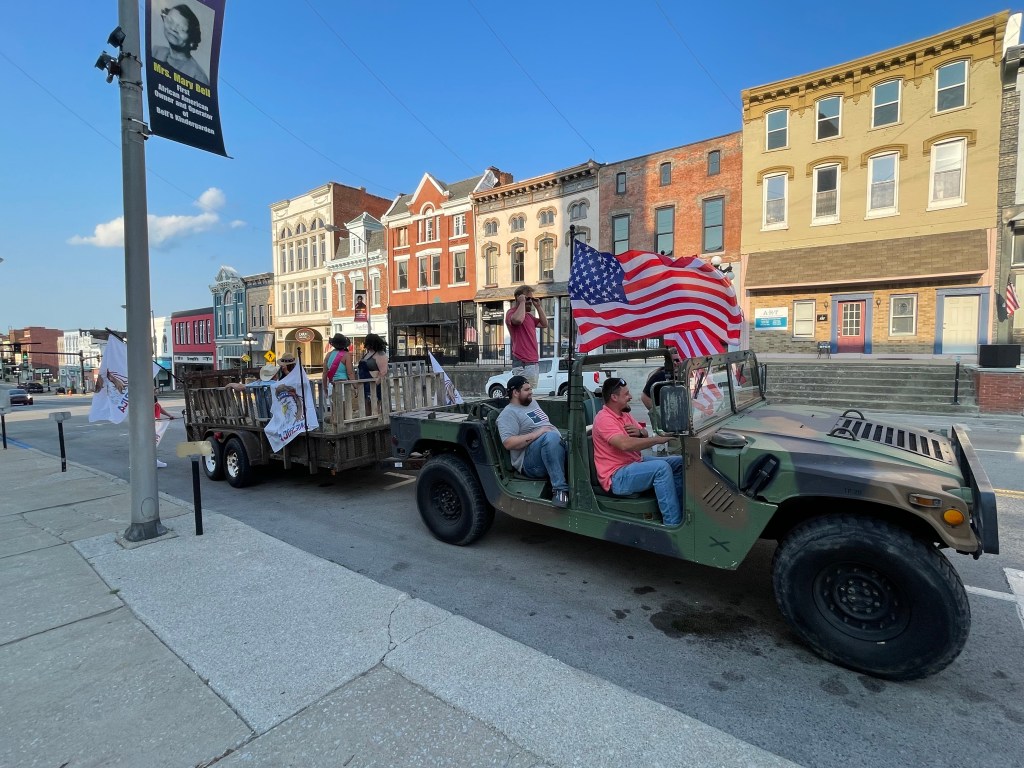 A little over a month ago, Kayla Lacy of Stanton – an employee of Woody’s Sports Bar and Grill – was left paralyzed from the neck down following a tragic diving accident.

While Lacy has fortunately left intensive care and begun rehabilitation, charitable efforts to support her are ongoing, including a hayride designed to lend a helping financial hand this past weekend.

On Saturday evening, Tiffany Strange – the manager of Engine House Pizza Pub located on Lexington Avenue – celebrated her birthday with a hayride.

Participating individuals were driven from one restaurant in Winchester to another for a good time and a chance to collect donations to support Lacy’s continued recovery.

“I actually spoke with [her family] today. My daughter grew up with Kayla. They were in the same class [from] kindergarten through fifth grade, and they stayed friends all through school”, Strange said. “A lot of people are doing things for her. It’s great how everyone’s come together to help.”

While the plans to celebrate Strange’s birthday were already in motion, doing a fundraiser was brought up by the birthday girl herself. The event was similar to the Zombie Pub Crawl from last October. The event was coordinated with several Winchester businesses such as Wildcat Willy’s Distillery, Loma’s, La Trattoria, Micki’s Irish Bar, and Smokin’ Howards Sports Bar and Grill.

“We had conversations will all the downtown restaurants and bars,” said Chad Walker, co-owner of Engine House. “We put out a [statement] saying, ‘We’re going to do this, it’s of no charge to you guys, we’re just going to bring people around, and if people ride the hayride, we’re asking for donations.’”

A bandanna was awarded for a $5 donation, and individuals could receive a cowboy hat for putting forth $10. Monetary donations of all kinds were also accepted.

Country-style clothing was encouraged for the hayride; thus, a fair share of individuals dressed in overalls, cowboy boots, and more. Not to mention, the vehicle used for transport was none other than a decommissioned Humvee that towed the hay trailer. Humorously, fellow drivers and passersby were encouraged to honk their horns at the Humvee – resulting in several enthusiastic exchanges.

“The Engine House [Pizza Pub} has always been really good to me. I’ve been there since they opened the door”, said Strange. “I appreciate it so much. It’s awesome!”

While the birthday celebration and charitable donations on behalf of Lacy were beneficial, the event was also meant to be a boon for local businesses.

“It’s just a little something different. We all try to kind of cross promote and talk each other up … It’s a pretty tight-knit community, especially with the restaurants down here”, said Walker. “This town is great about rallying around