Roofs by day, music by night 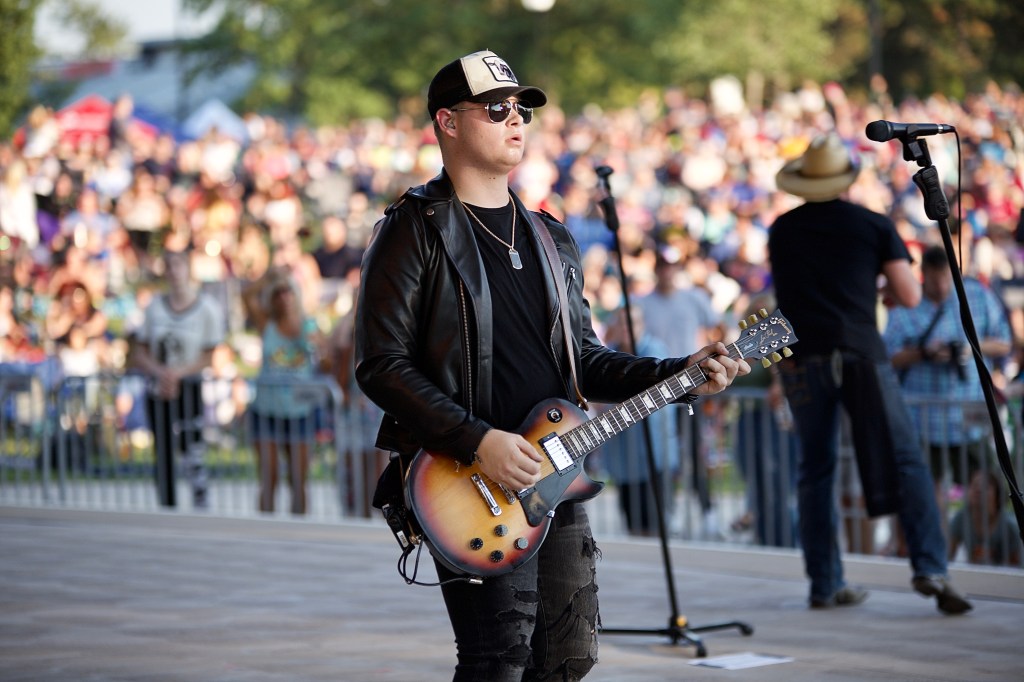 During an average day, 20-year old Joel Mishler might appear to be any other roof salesman employed by Franklin Roofing.

However, there’s much more to his story.

Mishler, a guitarist currently on the road for an upcoming performance in Dauphin, Alabama, is already a veteran despite his young age and has already traveled with three bands/musicians, and played on some of the biggest stages throughout the country.

“I consider myself a freelance musician, so all I do is I play with quite a few different artists,” Mishler said. “[I’m] just kind’ve playing with whoever I can, and just having fun.”

Music was first integrated into Mishler’s life during his early years.

“When I was little my dad, every Saturday morning, would just blare concert DVD’s,” Mishler noted. “That was the only way for me to stop crying as a kid. I would just sit and watch guys like Stevie Ray Vaughn, Eric Clapton, [and] Alan Jackson.”

After being introduced to the guitar at age 5, Mishler would practice endlessly and taught himself many things about strumming the guitar.

And while his travels usually take him throughout the American South, he’s also been to other locations throughout the country, including as far west as Seattle.

Mishler has performed in numerous famous venues such as the Whiskey a Go Go nightclub in Hollywood, California, and TIAA Bank Field in Florida which is the home of the NFL’s Jacksonville Jaguars and has a seating capacity of 67,000.

While success has certainly accompanied him during his journey as a musician, Mishler said he also knows about the importance of learning through rejection.

“It’s taught me a lot about how to carry myself as a person through difficult obstacles,” he said. “Keep going no matter what people say, because you love it.”

And, even having accomplished so much early in his career, Mishler plans to move to Nashville next year in hopes of finding even more success.

“[I] would like to be able to pursue a full-time career in the industry,” he said.