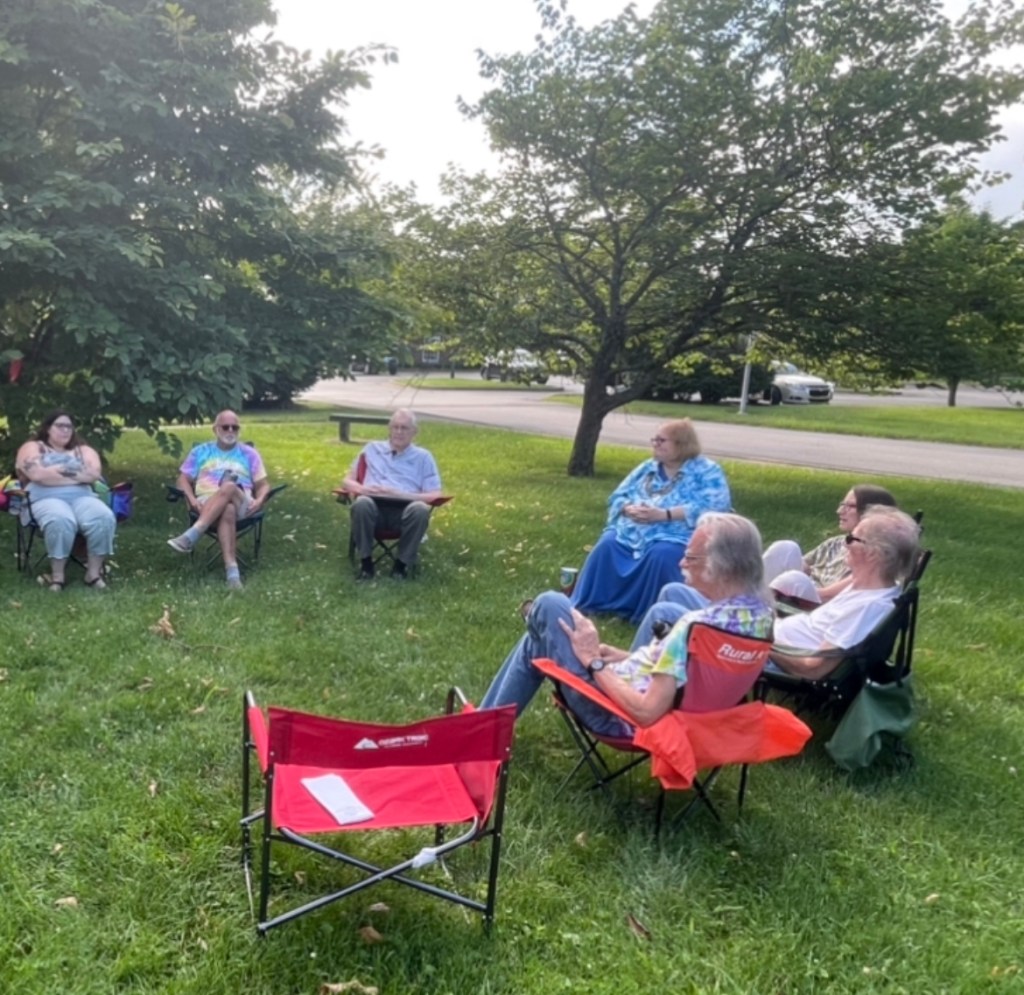 With so much going on in the world, it can be worthwhile to discuss current affairs outside the Clark County Public Library, such an opportunity presented itself.

The group meets on the last Tuesday of each month.

“We used to always have a topic, and we’d get in the weeds sometimes trying to stick to a certain topic,” said Pete Koutoulas, who has been attending the meetings for approximately five years. “The meeting we had tonight is more typical of what we’ve done recently, where we kind of freewheel it. It’s a lot of fun just getting a bunch of friends together and chatting.”

Among the topics discussed were religious origins, the Monkeypox virus, the Oxford comma, children’s programming from the past, voting issues, and even the rare case of the Kentucky river octopus – which, like many topics, drew some laughter from those in attendance.

Speaking of a recent book written by Silas House, a writer from Laurel County, Koutoulas stated, “I really love the way he treats Appalachian culture in his books. He doesn’t use cliches. I think he respects the culture, and his writing reflects that.”

The topic of hashtags was on the unofficial agenda as Lashana Harney – one of the youngest members of the group and a former Sun reporter – explained the concept to the others.

“Think of it as a general category,” she said.

SueZ Early, who has been attending meetings since the group started around 2006, explained the value of the group culture.

“We’ve all gotten to know each other. We don’t fight. We just talk”, Early said. “We’re aware of things that are going on. Hopefully, we’ll just keep meeting.”

And not even inclement weather or other unforeseen circumstances can stifle the discussion as Meeting of Minds schedules Zoom in those circumstances so all can still attend.