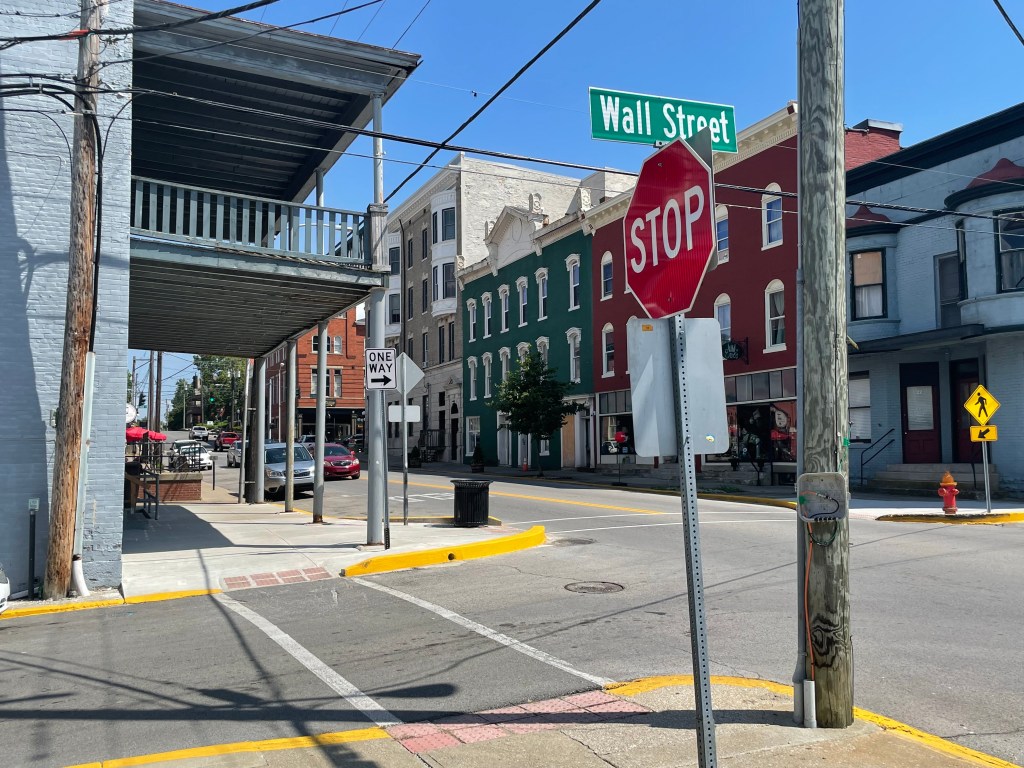 Note: An earlier version of this story incorrectly stated that the sign will be located next to Engine House Pizza Pub.

Property owners in downtown Winchester have been given control on deciding what to do regarding the presentations of flags on their building.

The Winchester Board of Commissioners unanimously passed a motion gifting existing brackets to property owners during a meeting Tuesday night.

Both staffs and flags will be offered to property owners, who will have the discretion of whether to display a flag or not.

The motion came after months of questions arising over the last few months regarding the issue.

Currently, as part of the Flag of the Month series, many downtown businesses have agreed to have a flag flown outside of their building.

“I do think a lot of people downtown have come on board with these flags, having a different flag every month,” said City Commissioner Kitty Strode. “I think that’s great.”

No more right turns from Wall Alley to Lexington Ave.

A motion was approved 4-1 to have a No Right Turn sign added at the intersection of Wall Alley and Lexington Ave., right next to the CVS Pharmacy.

The recommendation was made following a traffic study by the Winchester Police Department.

Police Chief James Hall said a data collection device was put in the vicinity between July 21st-23rd. The police department recorded 470 total vehicles traveling north and south during that time. There was visible observation from 6 a.m. to 5 p.m., when an average of 16 vehicles traveled north on Wall Alley and made a right-hand turn.

Based on that information, Chief Hall recommended that the enforcement action that would have the least impact on the current traffic flow is a No Right Turn sign.

“The problem is not people turning right from Wall Alley. The problem is people that aren’t familiar with Winchester that come up there, and all of a sudden you’ve got this thing [that] juts out in traffic”, said Cox. “We made a mistake when we put it too far out into Lexington Avenue. Let’s not compound that mistake by making no right turn.”

The board voted to approve permits to close a trio of city streets.

Remember When Cruiserz requested and received approval to shut down Depot Street from 2-6 p.m. for a car show on August 20th.

W. Washington St. from Maple to Oliver St. will be closed during Labor Day Weekend for the annual festivities and parade.

A portion of S. Maple Street will be closed on October 16th from 3-6 p.m. for the Historic Thomson Neighborhood Block Party.