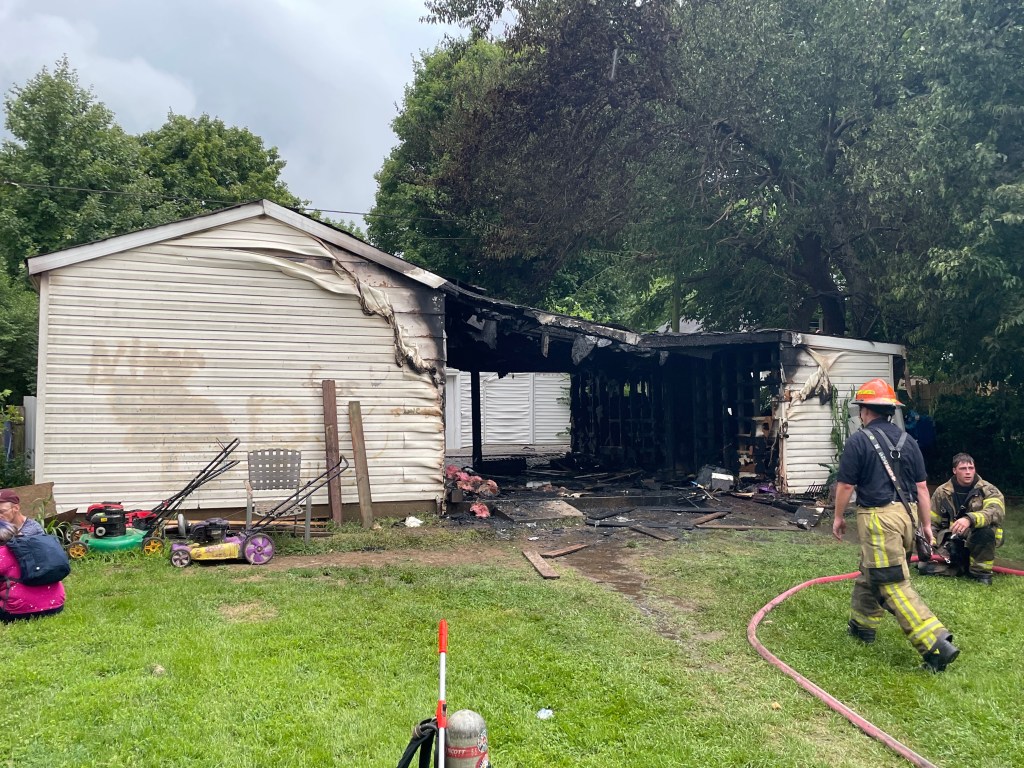 A fire at a Winchester outbuilding caused its residents to evacuate the premises Wednesday afternoon.

At 3:06 p.m., the Winchester Fire Department responded to an alarm regarding a structure fire at an outbuilding located behind a house at 29 Holly Ave. Engine 1, Ladder 1, Rescue 2, and an EMS crew responded to the incident.

The outbuilding received heavy fire damage, but the house itself was unscathed.

“It started out as a shed, and this is actually a garage,” said Battalion Chief August Fisher of the Winchester Fire Department. “On the backside is a garage door. So it’s not a house. It’s not a residence.”

Two individuals were inside the outbuilding when the fire started, although they had fled the structure by the time rescue crews arrived on the scene.

According to one resident, they and another person were inside when the fire started. The resident said they were asleep and were awoken by the sound of someone screaming. They opened the door to discover that a fire had started and noticed the room was getting hot. The two then ran out of the building.

N. Maple St., which is in the vicinity of Holly Ave., was temporarily closed due to the fire.

The cause of the incident is under investigation. Fire officials said there were no injuries at the scene.