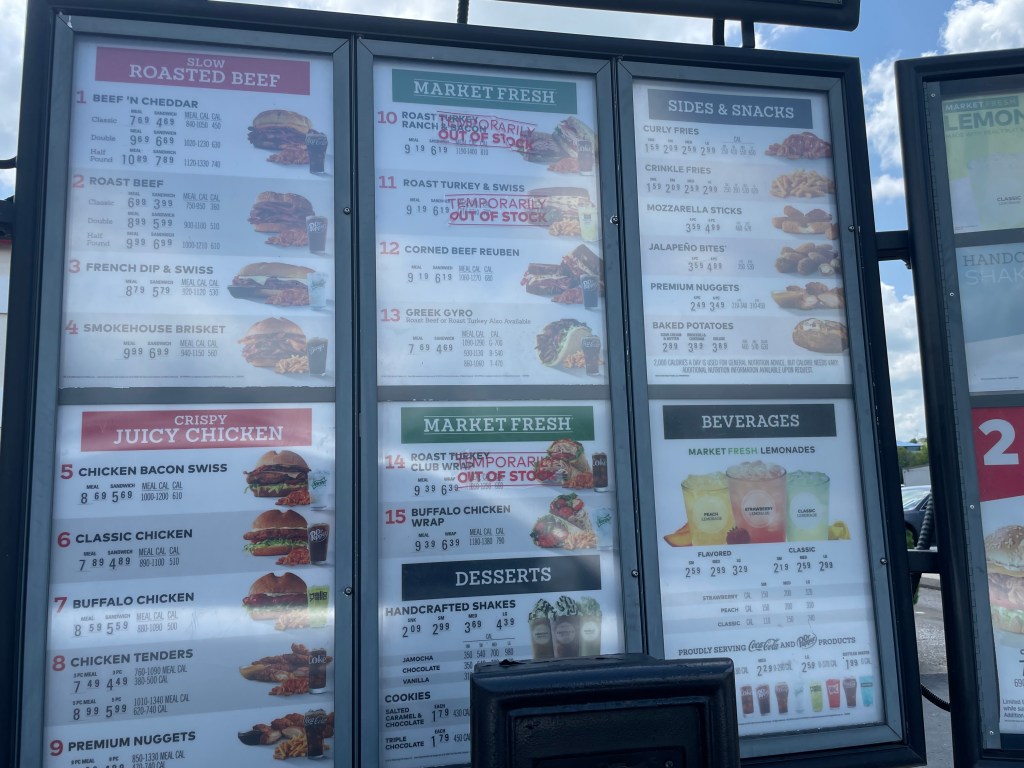 The print version of this article mistakenly referred to Winchester as “Wincehster” in the headline.

On Tuesday, Aug. 2nd, the Arby’s location on Bypass Road and five other Arby’s locations raised over $75,000 in disaster relief. It ensured that all total sales would go to the cause.

With such fortune, Arby’s has continued to move forward once again.

“On Monday, Aug. 15th, every Arby’s restaurant that makes up the Arby’s Lexington cooperative will be donating 100% of sales on that day to the east Kentucky flood relief program”, said Coldiron.

Specifically, 50% of the proceeds will go to the Team Eastern Kentucky Flood Relief Fund, while another 50% will be donated to God’s Pantry Food Bank in Lexington.

“We chose those two organizations because 100% of the money is being used to help the people. There are no administrative fees taken from either”, Coldiron said. “We like that idea a lot. We want to do as much as we possibly can for the people.”

At approximately noon on Aug. 15th, former Governor Steve Beshear and first lady Jane Beshear will be at the Arby’s Winchester location to accept proceeds from the event on Tuesday, Aug. 2nd, on behalf of Team Eastern Kentucky Flood Relief Fund.

More than 40 Arby’s locations will participate, and any donations from customers will be accepted through Sept. 13th, with every cent going toward flood relief.

“This is a collaborative effort between not just the franchisees of Arby’s in the area, but the company-owned Arby’s restaurants as well,” Coldiron added. “We are working together to do this. It’s a solid bond. We hope we sell so much product that it hurts us … It’s just that big a deal for all of us.”

Officials would like to thank the community for their support thus far.

“Let me express my continued gratitude to the people of Clark County and surrounding communities,” Coldiron wrote. “Thank you to each customer who shared kind thoughts, prayers, and monetary donations. Your support was inspirational and motivational.”