For year two, ‘We Not Me’ Cards plan to soar high 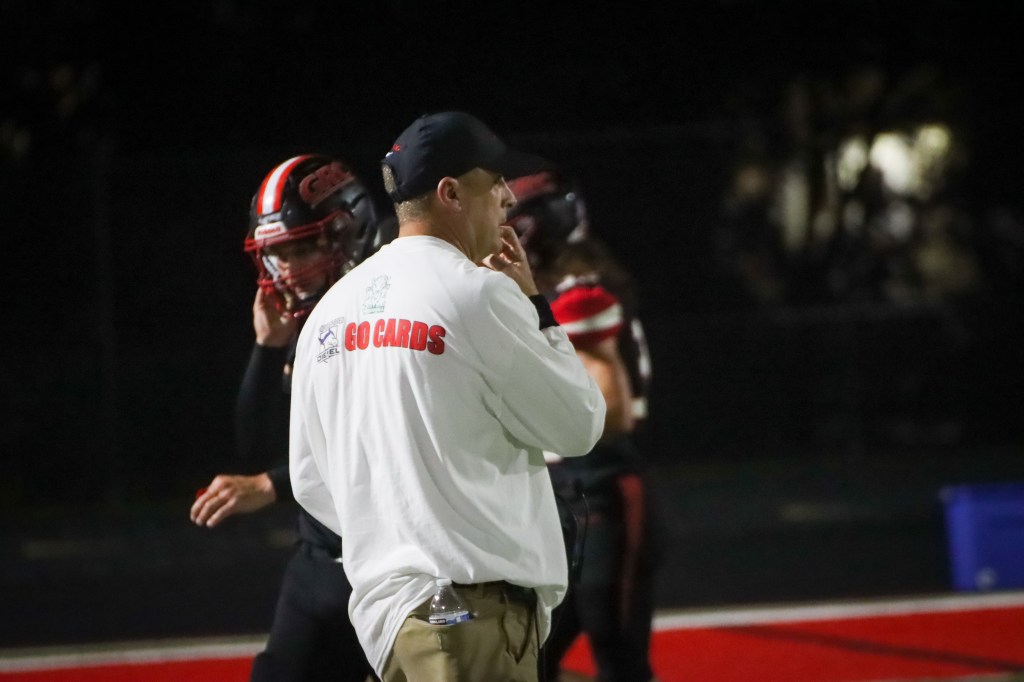 The roster used in the print version of this story was taken from the KHSAA website prior to press time Wednesday. The roster has since been updated as has this story to reflect the current GRC football roster.

As with many programs undergoing a transition, the George Rogers Clark Cardinals football team faced some challenges in 2021.

However, fresh off a 2-9 season that ended in a loss to Bryan Station during the first round of the playoffs, the team sees reason for optimism.

“They’re having fun [and] working hard,” said second-year head coach Joe Chirico. “Kids know how I think, how my staff thinks, and what we expect. They’re working hard to get better every day.”

The team will have a slew of position players returning for the fall.

Senior Tyleik Maxwell, also a basketball team member, will return at quarterback. In contrast, Tate Spayd – who has received offers from schools that include West Virginia State University – returns as both a wide receiver and defensive back.

Notably, running back Kalen Washington – who is only a sophomore – will return in Cardinal red as the team’s primary ball carrier following a 1,000-yard rushing season.

However, other players – including linebacker Kareem Guerrant on defense – also look to make a name for themselves.

“We’ve got some linemen that are putting in good work and getting some guys back from injury that were hurt last year,” Chirico said.

While the 10-game regular season schedule includes various teams, perhaps the most challenging portion will be the final four contests in which the Cards play the Bryan Station Defenders, Madison Central Indians, Oldham County Colonels, and Conner Cougars.

The four teams went a combined 35-14 last year, including a semifinal berth by Madison Central before losing to eventual Class 5A State Champion St. Xavier.

As the coach of a previous state championship-winning team at Paintsville High School, Coach Chirico is no stranger to top-notch competition.

“They’re all worth taking note of for us,” said Chirico. “District games are always important, and they’re all good teams. We’re just trying to get to their level and see what we can do.”

Primarily powered by a spread offense and 3-4 defense, the Cards look to do just that, beginning with a contest on Friday, August 19th, against the Cooper Jaguars in Union.

“[We are] just looking forward to getting ready to go play someone else, and see what we can do,” Chirico said. “We’re trying to put the best eleven guys on the field that we can.”