Chamber banquet honors the best of Winchester and Clark County 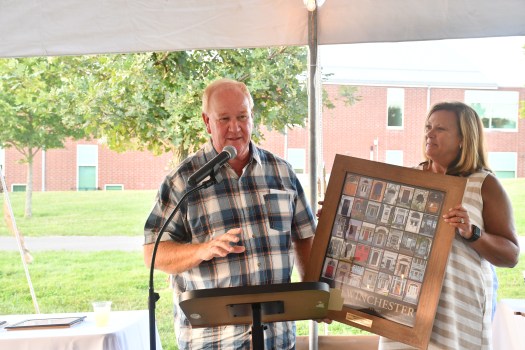 2022 Director of the Year David Wills. (Photo by Warren Taylor) 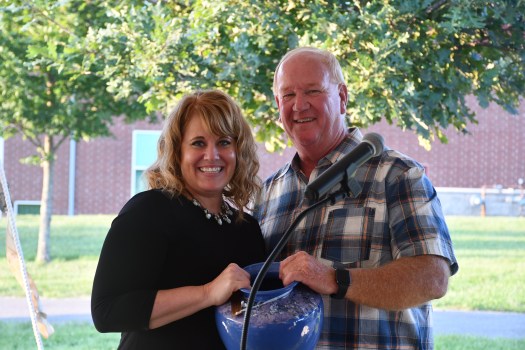 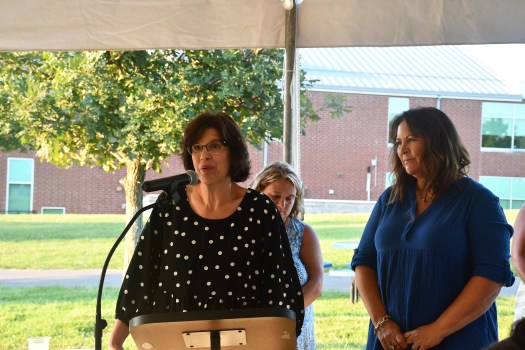 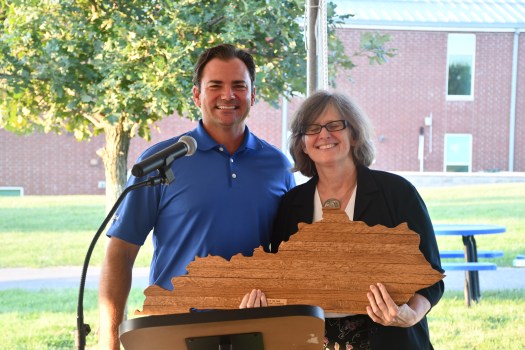 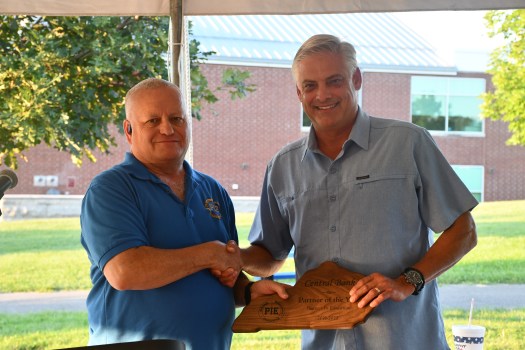 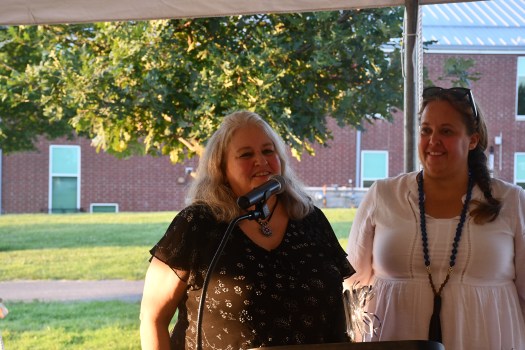 On Thursday evening, the Winchester-Clark County Chamber of Commerce gathered for the annual banquet that celebrates those who have gone above and beyond to serve the community.

“Your chamber of commerce is committed to serving as your advocate to continually promote and enhance our community,” said Executive Director Cindy Banks. “As leaders, we’re going to join together and explore the future through business, social, cultural, and educational programs.”

Following a social hour that featured music from Eli Holbrook and an opening prayer by Mayor Ed Burtner, Tammy Moberly of Clark Energy Cooperative- who serves as president of the chamber – formally welcomed all to the event.

From there, different board members and committees – including the Special Events Committee and Young Professionals Committee – were recognized, followed by the announcement and handing out of various awards.

Some people present found themselves doubling up duties.

For example, not only did David Wills of Community Trust Bank announce Pennsylvania native Jessica Durphy as the winner of the Community Service Award due to her efforts supporting the Clark County Animal Shelter and donating over 120 beds to elementary-aged kids; but he also was honored as Director of the Year.

“I don’t know what to say. I sure wasn’t expecting this”, Wills said. “This is the largest banquet that we’ve had with 260 people in attendance tonight, and I think that’s amazing.”

Just as well, while he acknowledged Peggy and Wendy McAllister as the Graham Johns Downtown Volunteer Award winners, Tim Smith of WWKY/WKYN took home the Citizen of the Year Award.

“A lot of radio stations don’t make it because they don’t serve their community,” said Smith. “We do ours and will continue to do so.”

There were numerous other winners on Thursday night.

Among them, Habitat For Humanity of Clark and Madison Counties received the Non-Profit of the Year Award, Central Bank & Trust Co. took home Partner of the Year honors, and Ale-8 One was awarded Business of the Year.

“It’s amazing to be heading up a business that’s been in the same community for 120 years”, said Ale-8 One Bottling Company CEO Ellen McGeeney. “We’re so proud of that, and our plan is to stay for another 120 years.”

Due to the effects of COVID-19 and other economic issues, it was acknowledged that the last few years haven’t been easy for businesses.

However, Cindy Banks offered a resounding message for those in attendance.

“Sometimes, when times are tough, we find our hidden strengths in the fight that defines us,” Banks said. “We redefine, reinvigorate, and we reinvent.”