Dog left at county animal shelter reunited with its owner 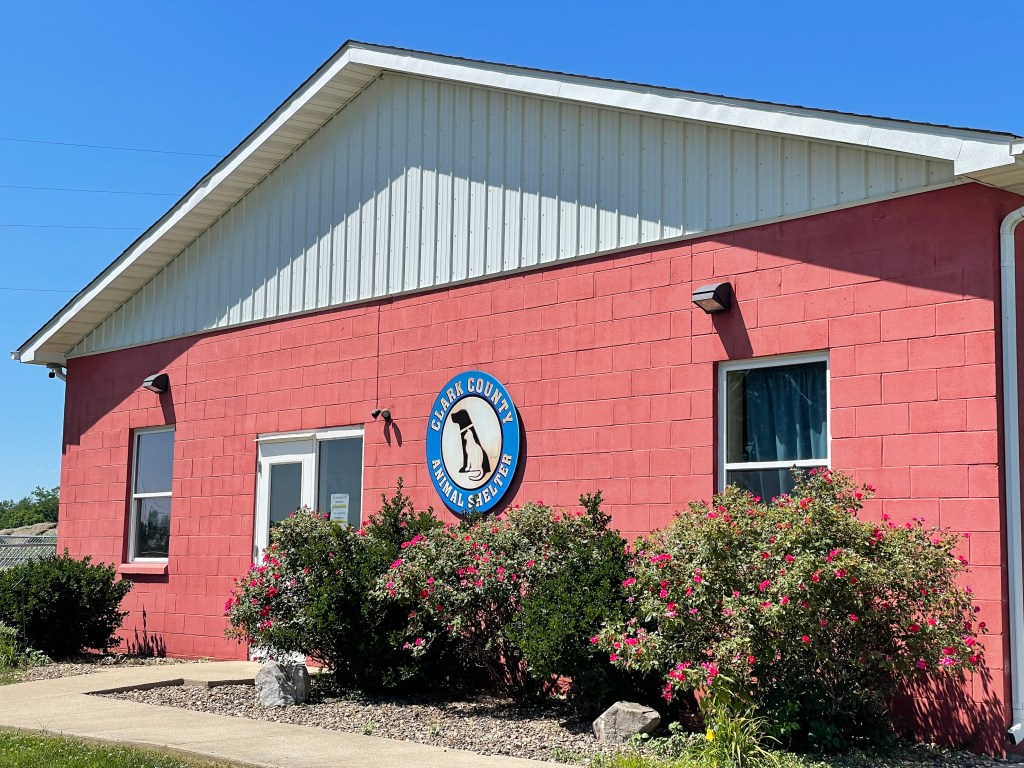 A dog left at the Clark County animal shelter has been reunited with its owner.

The medium-sized dog with features similar to a pit bull was picked up at the Clark County Animal Shelter by its owner at approximately 2 p.m. on Monday. The dog was initially thought to have been surrendered by its owner.

Security footage showed that the dog had been left unattended at the shelter Sunday at 1:15 p.m. and was discovered in a fenced-in area at  9:45 p.m.

The owner was from nearby Campton and was looking for someone to take his dog while he went to the hospital following a medical episode.

“We verified his story. He had records on the dog and everything”, said the director of the Clark County Animal Shelter, Adreanna Wills. “I think he loves his dog. It was just a bad choice.”

While responding to another matter, animal shelter staff discovered the dog and brought it indoors to tend to its needs.

“When I arrived, this dog was just running loose inside of our fence,” Wills said.

Although the animal was able to be kept out of harm’s way, individuals from the Clark County Animal Shelter point out that this is not always the case in such situations, and leaving an animal unattended in a shelter is not a recommended course of action.

“It’s kind of amazing that that dog was in there for several hours and didn’t end up loose elsewhere to be lost, or hurt, or hit by a car or anything like that,” Wells said. “There’s just a whole host of reasons why that was not a good idea. Animal control is available 24/7. We respond to all kinds of calls, even when we’re closed.”

In the case of an emergency – including injuries related to animals – the Clark County Animal Shelter can be called at 859-737-0053, and callers will be redirected to a central communications line that will get in touch with staff.

During non-emergencies, emails or Facebook messages are checked regularly, even during hours when the shelter is closed. This includes situations where an individual may have to be sent to a hospital alone.