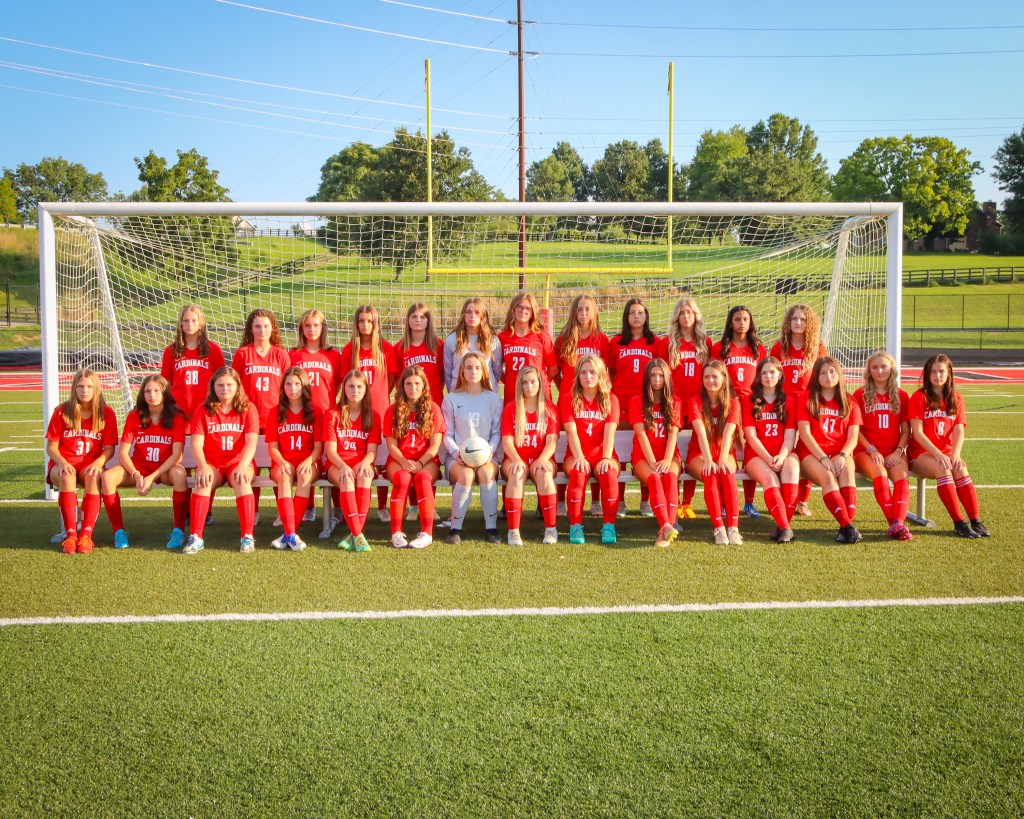 “The preseason went well,” said head coach Matt Abner. “The girls are getting along, and it just seems like a good group of kids. You can tell by the way they started.”

Last year, the Lady Cards’ bowed out in the 10th Region opener with a 3-0 loss to Bishop Brossart following a 1-0 shootout victory against Montgomery County.

Several players from last year’s team will be back wearing Cardinal red.

Senior Ciana Araya will anchor the offensive attack from the forward position, while senior defender Emma Taylor looks to captain the other side once she returns fully from injury.

Also, the team will benefit from having goalkeeper Carrie Stevens present to block shots.

While the Lady Cards plan to stave off opponents via a flat back four defensive formation with two center backs playing side by side and a pair of outside full backs positioned on the flanks, they look to utilize their strengths offensively.

“We have good speed,” Abner said. “With a lot of push from our offense on top, and trying to get them to play on their heels and looking to score more goals on them.”

After a strong preseason, the Lady Cards open their year with the Fayette County Soccer Spectacular.

They’ll also see tournament play in Gatlinburg, TN, for the Smoky Mountain Cup, while out-of-state Loveland (OH) will be in Winchester on Friday, August 19th.

In a year with much coming back, there’s reason for optimism in Winchester.

“We just prepare and train the way we would if we were going to win a state championship,” Abner said. “We see where everything falls in the end.