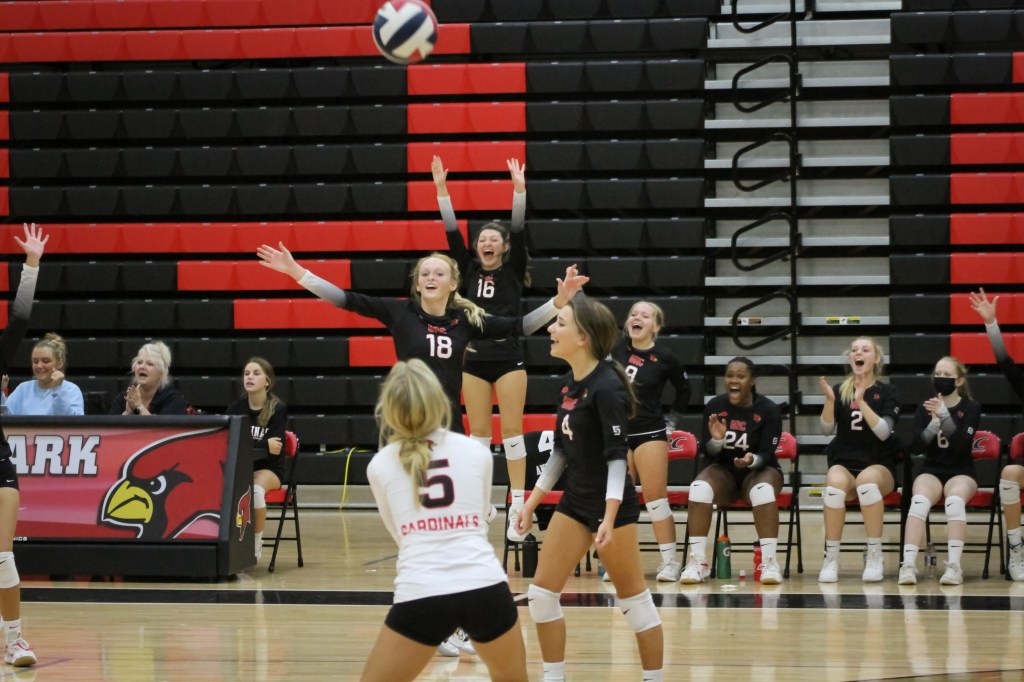 Following an offseason of conditioning and workouts, preseason tournament play, and more, plenty of reason has been created for optimism.

“This season, I definitely want to see where our growth has put,” said Hudson. “Last year, in the beginning of the season, we wanted to make sure we were getting on the right path and getting this program up to the level we want it to be at in the future. Coming into this season, I definitely see that growth showing very early.”

Having plenty of returning players, as only three from last year’s team graduated, the hope is for the magic to continue developing in Winchester.

Junior Kelsey McKeehan, the lone All-Region selection for GRC last year and the team’s assists leader returns as a setter and right-side hitter.

She’ll be supported by fellow junior Kamryn Toler, who looks to solidify the team as a back-door defensive specialist in her position as Libero.

“[On] offense, we definitely want to be more aggressive, look for bigger swings, [and] look for stronger swings,” Hudson said. “Defensively…it’s just going to be being consistent, being able to dig at any ball that is attacked at us, being able to read hitters [and] see what the other side is doing before they do it.”

Transitioning from defense to offense quickly will also be critical.

Changing the schedule up some, the Lady Cards will involve themselves in more play with 10th Region teams.

“That was something we wanted to do as far as getting our schedules so we know how we might fare in the beginning against some Region teams and where we might need to get to toward the end of the season,” Hudson said.

Along with success on the court, the Lady Cards look to inspire future potential volleyball players to see George Rogers Clark as a place to be.

“This program is definitely on the right path. We’re starting to set and reach goals that we look for and want to accomplish”, said Hudson. “I think we have a very bright future for volleyball here in Winchester.”