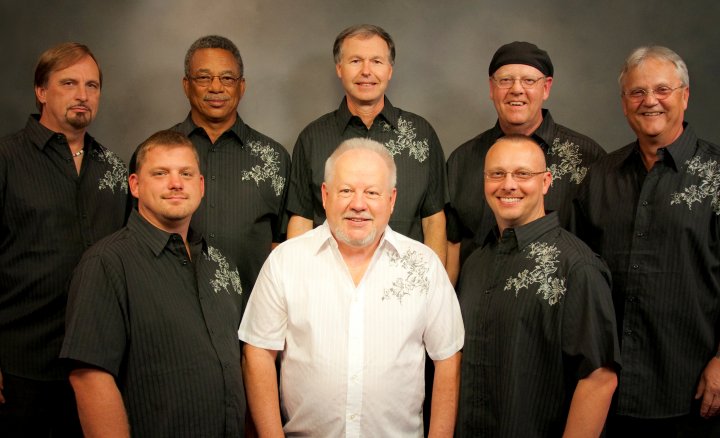 So is the case with two bands coming to the Pioneer Festival over Labor Day weekend.

Prime Cut and The Classics – each with lead singer Johnny Lyman on the microphone – will be performing for the joy of all to hear.

“The Prime Cut Band has pretty much been idle as far as playing for the last three years because of Covid,” Lyman said. “We were asked by Kitty Strode and Mayor Burtner if we would possibly do a combination show.”

Roy Burns, a guitarist with The Classics, concurred that the group was brought back in a similar fashion.

“The Classics have been together for almost twenty years, but we finally disbanded a few years ago,” he said. “We get together every now and then for certain events. They actually contacted us.”

While on stage, different styles of music can be heard from The Classics.

Focusing on 1970s through 1990s classic rock music, oldies, and Motown, the band consists of a guitarist, bass player, drummer, a pair of keyboard players, and a lead singer.

Notably, all musicians have been involved with the band while working full-time jobs.

They have also fronted many groups, including Blood, Sweat & Tears, Three Dog Night, and Hall & Oates. Previously, they were active at 4th of July events and other activities around the state.

“We mix the set list up pretty good. That has been the key to our success”, said Burns. “It’s just something to do on the side when something like this comes up. We’re glad to get together.”

In many cases, The Classics are saved for later into the evening.

“We get to enjoy the music from the bands before us before we play, and then we go on and try to do the best we can and close the night out,” said Burns.

Prime Cut, though similar in many ways, also showcases horn music with a trumpet, trombone, and saxophone. Players will sometimes alternate instruments between songs. They also have a singer, a bass player, and a keyboardist.

Drummer Dewey Pope was instrumental to the founding and development of the band approximately ten years ago, which has performed at both Thursday Night Live in Lexington and Lykins Park events.

“We all got together and thought it would be nice to form a horn band. [Pope] had been contacting me and three other members that became the Prime Cut Band”, said Lyman. “Nearly everybody in the Prime Cut Band, fortunately, were music majors through college.”

Wallace “Gator” Harrison, one of the area’s premier sound technicians, will also be working with them.

The band has played music from such groups as Chicago.

For members of both bands, an opportunity to perform represents a post-Covid return to normalcy and playing to a crowd they enjoy.

“I wouldn’t call it a reunion, just coming out of hibernation after three years of Covid,” said Lyman. “We love Winchester. Most everyone from both bands is from Winchester. We were honored that they would even want us to do it.”

Plus, an opportunity to see the responses of others provides extra benefits.

“Just watching people sing along and dance and have a good time, and the applause after we get through with the song is always great to hear,” said Burns. “You know that you’re doing something right.”

While the hope is to continue playing, only time will tell where the future lies for both bands.

“We haven’t played for three years, and after we do this, we’re going to make a decision as to where we might continue playing the Prime Cut Band,” said Lyman. “I think a lot of it’s going to depend on how this goes, and I’m sure it’ll go fine.”

The chance to perform in Winchester was too hard to pass up in the end.

“We don’t really book jobs anymore, as far as pursuing company events and stuff like that,” said Burns. “When we get a call or an offer to play an event like this, especially in Winchester, we’d like to get together and do that.”