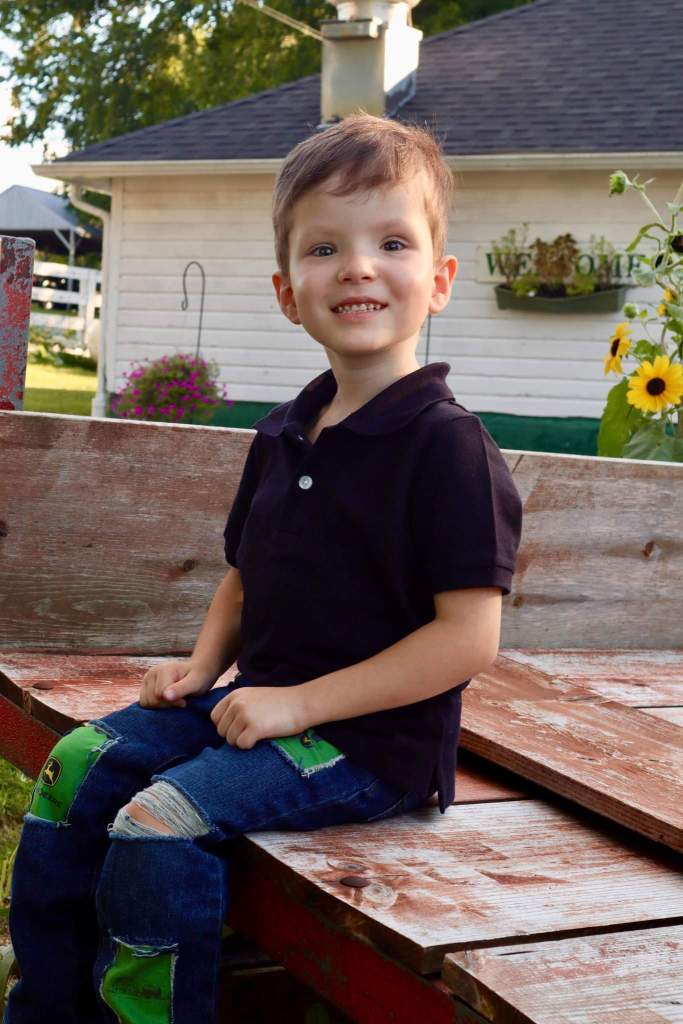 When an anatomy scan in 2017 showed Amie Moore that her son Lincoln had spina bifida, it was an eye-opening realization.

“Before Lincoln, my husband and I had no idea about spina bifida,” Moore said.

Five years later, much has changed and, for the third consecutive year, action will be taken for a good cause.

“We’ve partnered with them because they’re a very inclusive park. People with spina bifida have a range of abilities”, adds Moore. “You can walk. You can be mobile with a wheelchair, arm crutches … Legacy Grove has the needs to meet anybody with any ability.”

Ranging from mild to severe, spina bifida occurs when the spine and spinal cord do not form properly.

Considered a type of neural tube defect, or NTD, it often includes an abnormal tuft of hair, birthmark, or protruding spinal cord tissue outside the skin.

In its most severe form, it can cause developmental delays, impact motor skills, and affect the ability to control bodily functions.

Given several options, Moore had fetal surgery at Cincinnati Children’s Hospital Medical Center when she was 24 weeks pregnant.

Fast forward five years, and – although he presently requires ankle braces and some other supports – Lincoln has overcome the expectations of hospital staff by learning to walk, crawl, and talk.

“He’s doing all that on his own,” Moore said. “To be able to see him walking on his own is a blessing in itself just because of the scenarios we were told in the beginning.”

Over the years, much has changed regarding the event.

The 2020 event featured a smaller crowd primarily because of being in its initial stages, and the country was presently dealing with the Covid-19 pandemic. 2021 saw a more extensive crowd that led to the event being moved from the Robert D. Campbell Jr. High School track to Cardinal Stadium at George Rogers Clark High School.

Not only will door prizes be awarded, but items can be bid on during an auction, as was the case last year.

“We have over forty items to be auctioned off”, Moore said. “Everything will be on the table when you come to the event.”

All proceeds will go to the Spina Bifida Association of Kentucky (SBAK), an organization Moore became aware of through a family friend even before Lincoln’s birth.

“They just got us connected, and we’ve been like a family since then”, Moore said. “They do help families – children and adults – with spina bifida if they need anything, [including] financial assistance … I know they’ve helped us before.”

Through the organization, Moore and her family have connected with others.

Last year, people inside and outside the organization helped by raising $2500 at the event.

“I’m thankful for anything to bring any sort of funds to SBAK”, Moore said.

However, it is in raising awareness that the most significance is found.

“This is the reason why we do the Walk N Roll,” Moore said.