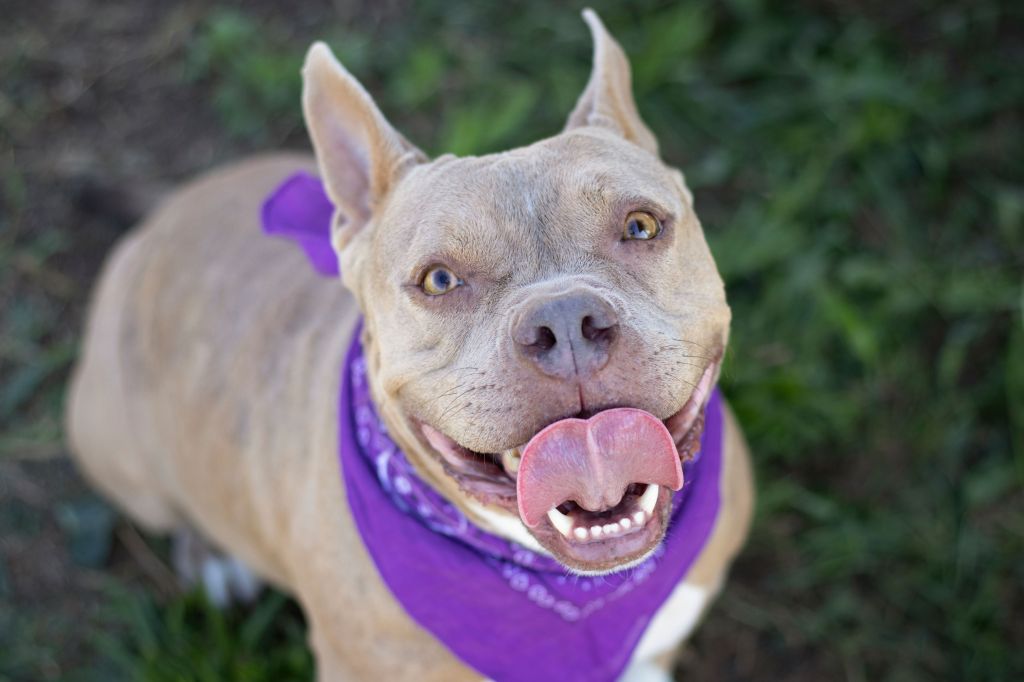 When Maggie Epling started taking photos for the joy of it, it is unlikely she ever imagined the impact a camera could have.

However, through her love of animals, Epling plays a role in getting animals adopted.

Epling, a UK student who has lived in Pike County and previously had her work featured in NPR and Newsweek, was recently at Clark County Animal Shelter taking photos of dogs who could soon end up at a forever home.

It’s one of several locations she’s been to since summer began.

“Photography’s always been a hobby of mine, and over the summer, I was looking for something to do with my friend that I could sort of be flexible [with],” Epling says. “I’ve always loved animals. I’ve always loved the work that the county animal shelters around here do, so I thought that’d be a good way to get some attention.”

Starting at animal shelters in Pike County and other eastern Kentucky locations, Epling eventually made her way closer to the Lexington area as the school year prepared to start.

However, her efforts have not slowed down.

“I had intended to stop when I came back for the semester, but I couldn’t give it up and wanted to keep doing it”, Epling said. “That’s when I reached out to other shelters, including Clark County Animal Shelter, and explained, ‘this is what I’ve been doing, and I think it can be helpful for your shelter too.’”

Clark County Animal Shelter has been more than willing to allow Epling to take part, especially knowing that her efforts have helped lead to 60 adoptions.

“They were really appreciative, so I’ve been allowed to keep doing that for the last couple of months,” she said.

While the work can be enjoyable, underlying, it is also a need for dogs to be adopted.

The number of dogs taken in across the country is generally higher than that of adopters.

As a result, even some locations that traditionally might operate as “no-kill” shelters may be forced to result in euthanasia.

“At the Pike County [Animal] Shelter, we hit capacity four to five times over the summer, which isn’t normal,” Epling said. “It’s kind of overwhelming right now, so [it is] even more important right now to get the word out and get people to come into the shelters.”

This challenge is being addressed through more adoption events, though required fees are being reduced at times to assist the situation.

For example, Clark County Animal Shelter will be one of over 280 shelters across 42 states to address the issue when it takes part in the Empty the Shelters event by Bissell Pet Foundation from Oct. through Oct. 8.

This event will allow interested individuals to purchase a pet for $50 or less.

Epling’s photos, which often try to show dogs in a happy, smiling appearance, have been worthwhile in such a way.

“I love to get a smiling photo or the head tilt … I love to be able to show some personality”, she said. “I’ve been told a lot of times from people that have seen my photos and then adopted that they saw the personality from the dog in the photo, and that’s what made them want to adopt.”