Contenders for PVA speak on the issues at candidate forum 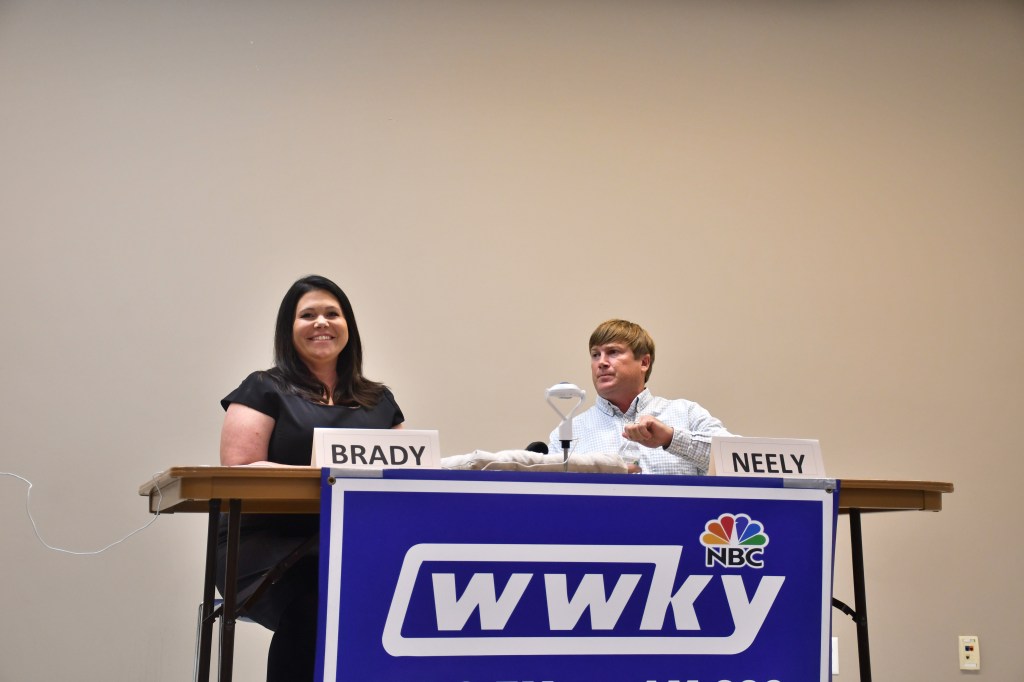 Neely, a graduate of the University of Mississippi, lives with his wife and two children and has 13 years of experience in the PVA office.

Brady, a graduate of the University of the Cumberlands, lives with her husband and three dogs in Clark County and has managerial experience in residential and commercial construction.

Each candidate was asked how they would advocate for Clark County citizens to ensure that the property value is fair but not overwhelming when paying their taxes.

Acknowledging that it was a challenging part of the job, Neely said that the PVA office, by law, is required to place the value at 100% market. If there is disagreement, a form created by the PVA lets property owners contact the office.

After a discussion that includes explaining why the property has been reassessed and shows comparable, an agreement is hopefully reached.

“If we don’t come to an agreement, that’s when you can appeal to a local board of tax appeals,” Neely said.

Brady said that the price of residential and commercial properties have gone up and that this inflation threatens to raise yearly tax assessments.

She would like to work with the Kentucky General Assembly to advocate for a bill that will ease any burdens.

“I want to be an advocate for you, the property owner,” she said.

Each candidate was asked as well about programs that can be implemented.

Stating that she believes the PVA office needs to reach out more to the community, Brady suggested utilizing social media platforms, the newspaper, and mail services to “get those people into the office to be able to qualify for those different exemptions.”

She also mentioned that updating online services can be beneficial in making sure forms are filled out and submitted.

In his response, Neely acknowledged that many software updates had taken place, which has led to efficiency for the benefit of staff and Clark County residents.

Also, applications with the homestead exemption for the benefit of senior citizens, as well as agricultural letters for form sales, have been sent.

“Something that we’ve done this year is we’re sending out tax bill letters to property owners that bought their property after the data was sent…to let them know that they’re not going to receive the bill because the data was already sent. They need to call the sheriff or get online and look forward,” Neely said.

Each candidate was asked to determine how they would calm individuals concerned with inflations and interest rates.

Neely acknowledged it may be a challenge, yet explaining the valuation process was key to his approach. Specifically, when reassessing, not just one year of data is utilized.

Also acknowledging that concerns were valid, Brady suggested listening to others was of foremost importance.

She reiterated the possibility of working with the Kentucky General Assembly to deal with concerns over price increases.

“That type of price assessment is astronomical over the course of ten years,” she said. “I think that we can work with the general assembly in order to do something that will help everyone out with these types of increases,” she said.