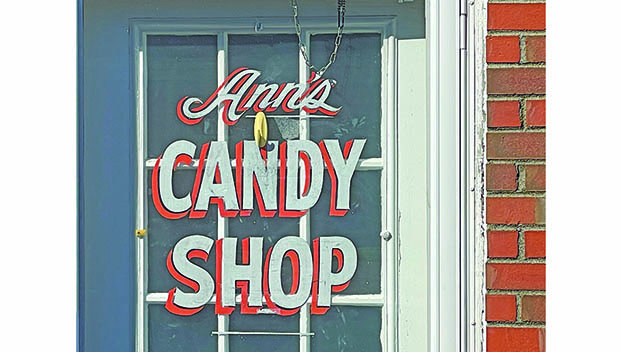 Ann and Harold Barker have a long history in Winchester ever since her father in 1937 built the house she would later move into.

A nine-year stay in Lexington temporarily had them out of town, but their yearnings for Winchester didn’t keep them away long.

“It’s been a wonderful life doing something that you enjoy doing,” Harold Barker said. “Hopefully, we’ll still know what’s going on for a few more years. Neither one of us have any serious health problems.”

A 42-year celebration of their candy business isn’t the only cause for happiness in the Barker household.

After first meeting in 1957, the Barkers married in 1962 and are celebrating their 60th wedding anniversary this year.

Early in their marriage, Ann worked in Lexington as an accountant.

However, after returning to Winchester in 1974 and the sudden death of her father one year later, she began running the family farm.

During this time, she came up with an idea.

“I was looking for something that I could do and be at home and manage and all,” said Ann Barker, who was also raising her children with Harold. “I had to be able to set my own hours, and do my own marketing, and control it all.”

Because she would need to be home often, certain arrangements needed to be made.

They converted a section of the home into a kitchen.

Ensuring inventory was not always easy with sparse resources available locally and the pre-internet age still around.

Thus, they made sacrifices.

“There was only one other place that was in Lexington, at Old Kentucky Candies,” said Ann Barker. “I would have to go to Portsmouth, Ohio, to get my chocolate. I just gradually worked myself up from nothing to a business that was profitable for me.”

The company took off extensively by making ready-made candies for a lengthy period.

Unfortunately, the company cut back from some candy making, particularly cream-pull candy, because of an injury a few years ago.

Yet it has not deterred Ann from continuing to make sweet treats that the neighborhood finds enjoyable.

They also have a collection of supplies usable in the candy-making process.

Ann also took advantage of ways to inspire others in the candy-making process through the years.

“I’d go to the elementary schools and let the children mold candy…so that they could make their own chocolate fudge and things and take them home,” she said. “I’ve dabbled in candy for a long time.”

Interestingly enough, it appears Ann is not the only person from her family that has shown interest.

After starting the business, she discovered that her grandmother had shown interest in the same endeavor during the late 1800s after she’d written a letter to the Philadelphia Bon Bon Company.

“I guess it was kind of designed that somebody in the family would start a candy business,” she said in jest.

Still today, after 42 years, Ann finds plenty to be excited about and advice to give others regarding business.

“There are so many opportunities for people to start in small business now than ever before,” she said. “If you have a dream and you’re passionate about it, you can achieve it.”