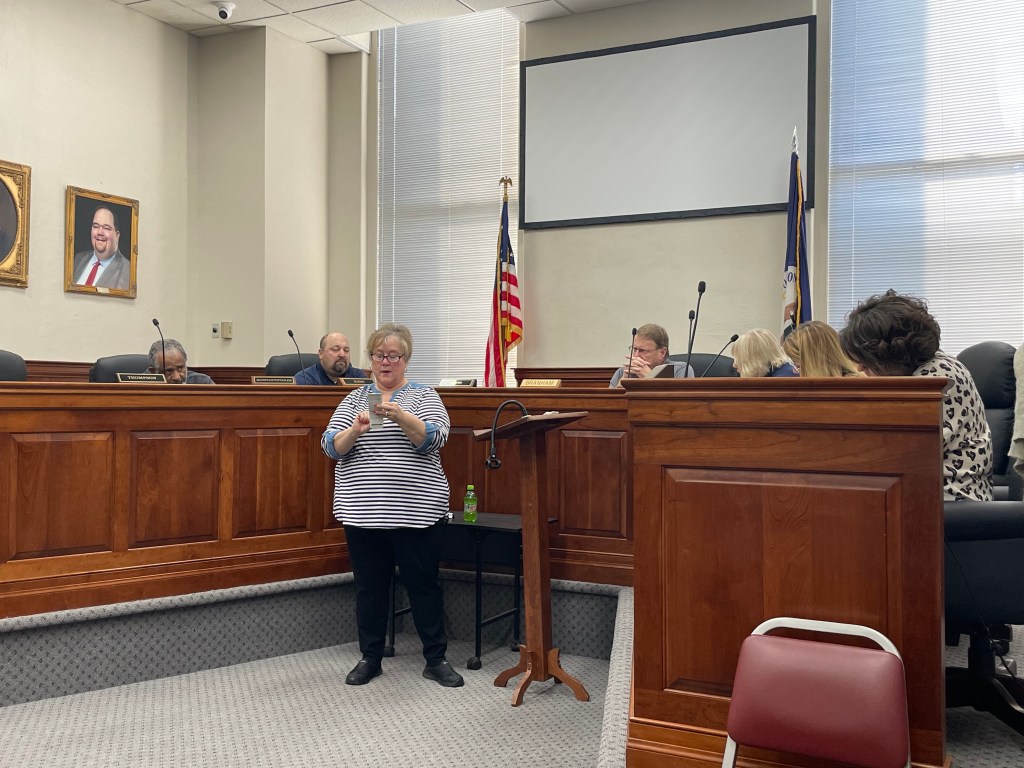 On Thursday morning, election officials gathered at the Fiscal Court courtroom of the Clark County Courthouse over the most hotly contested race of the 2022 county elections.

The next day, that number was changed to 10 votes after an error was discovered by the Clark County Clerk’s Office.

As a result, a recanvass took place Thursday morning.

Unlike a recount, a recanvass involves local election officials recalculating election results to determine if there’s a differentiation in the number of votes each candidate receives.

A recount occurs via the court system and is paid for by the campaign requesting such.

Clark County Clerk Michelle Turner read off the results gathered from all precincts on Election Day and Absentee and Early Voting.

As previously published, the results were that Jason Neely came up just short with 6,331 votes compared to Jada Brady’s 6,341. This ten-vote difference enabled Brady to come out victorious with just 50.03% of the total vote.

For different reasons, 24 mail-in votes did not get counted.

“They either did not sign the envelope, so therefore there’s no signature to match. Or, they tore off the flap on the brown envelope. We had three of those, and that flap also has to be signed”, said Clark County Clerk Michelle Turner. “We [also] had two that literally did not put the brown envelope back in…again, there’s no signature to match it.”

The results remain challenged but a recount is coming.

Judge Brandy Oliver Brown will preside over the case, though a date has not been set as Friday monring

Neely is represented by Luke Morgan of McBrayer PLLC in Lexington.

“A process for examining and recounting the ballots tasked in this race will be put together by the Judge,” said Morgan. “She is also to review whether a bond should be issued to defray the costs associated with this, and at that time, the ballots are secured, and they will be examined.”

According to the petition for a recount in the general election, the following requests are being made respectively:

1. That the court conducts a hearing to calculate the costs of the recount and set the required bond in a reasonable amount.

2. That the court order a review of the integrity of the ballots and other necessary voting equipment.

3. That the court Order the ballots preserved for the recount.

4. That the Court Order a recount of the ballots for the 2022 Clark County regular election for Clark County Property Valuation Administrator.

5. Any and all other relief to which Petitioner may be entitled.

According to the petition for a recount, $221 was spent toward this cause.