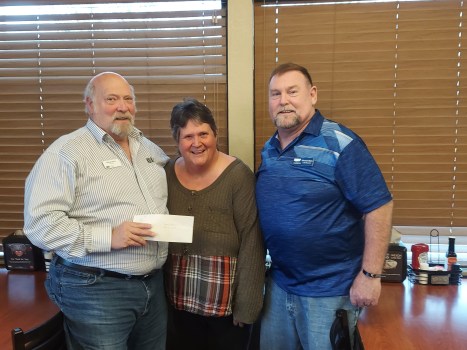 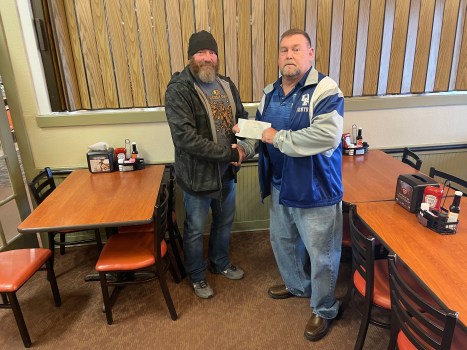 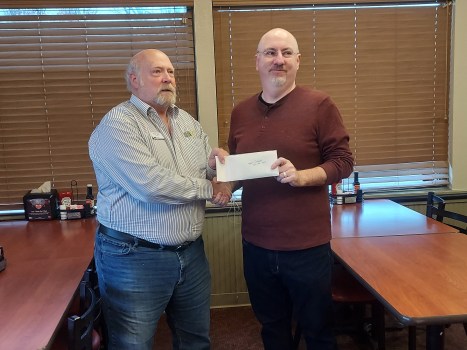 On Wednesday night, they did so by working with one of Winchester’s local restaurants, The Golden Corral located along Bypass Road, fed veterans for free to thank them for their service.

“Each restaurant is partnered with a Disabled American Veterans chapter,” said Michael Sparks, an Air Force veteran and Chapter 12 Adjutant Treasurer for Disabled American Veterans. “It’s not just coming in to have a meal. It’s coming in to be recognized for their military service, to be appreciated, to be respected, and then to sit amongst ourselves from all generations of veterans from World War II up through the youngest veterans that we have now in fighting in today’s wars.”

Proving that honoring veterans in Winchester doesn’t begin nor end with Veterans Day, 423 veterans walked through the Golden Corral doors for a free meal.

These veterans encompassed all branches of the Armed Forces, including the Air Force, Navy, Marines, Army, National Guard, reserves, and more.

In such a case, one meal would get rung up by the cash register at the end of the evening, whereas the other is complimentary.

For Tom Korb, Owner of the Golden Corral in Winchester, it’s an opportunity to show appreciation.

“The ones that come in, they’re so proud,” Korb said. “It’s so exciting….just seeing the guys and girls come in that have served.”

Disabled American Veterans estimate this has been taking place in Winchester for over twenty years, while each version offers fresh memories.

At Wednesday night’s event, the group was delighted to be in the presence of a World War II veteran who drew attention from the sizeable crowd.

“When I found out he was a World War II veteran, I made an announcement over the intercom…and the place erupted”, Sparks said. “I would say very few people may have known him that were in the restaurant at that time, but the camaraderie amongst the military generations came out in force and let that gentleman know that he was appreciated for everything he had been through in his life.”

As well as serving others through events and fundraising, Disabled American Veterans look to work with younger generations by providing scholarship opportunities.

“I just like helping veterans whenever I have the opportunity to and giving back to the community,” said owner Stephen Capra.

Receiving this gift was Chris Bowles, an Army veteran who was injured in 2010 during a training accident.

“I had actually a VA appointment, and on my way back through, I just stopped to pick up my reward,” Bowles said. “I [served] for my country and for my family.”

Disabled American Veterans remain service-oriented, though not quite the same as other organizations.

“One differentiation that we’d like to make between the Disabled American Veterans, the American Legion, and the VFW…we don’t have bars, we don’t have bingo halls”, Sparks said. “[This] is not saying that what the other [organizations] do is bad. It’s just different.”

While the organization is happy with what has been accomplished, there’s much more on the horizon.

“If there’s a veteran out there that needs help, we want to help,” said Army veteran and Winchester native Mike Bates. “If there’s someone that wants to help other veterans, please contact us.”

For additional information, Michael Sparks can be contacted at 859-797-0299 or via email at msparksdavky@yahoo.com.