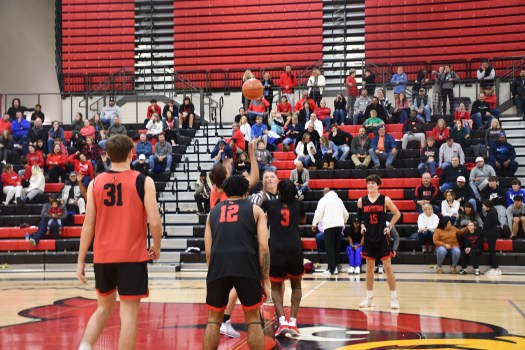 The defending state champion Cards will open the season the favorite to repeat as 10th Region Champions and to make another run at a second state crown. (Photo by Matt Cizek) 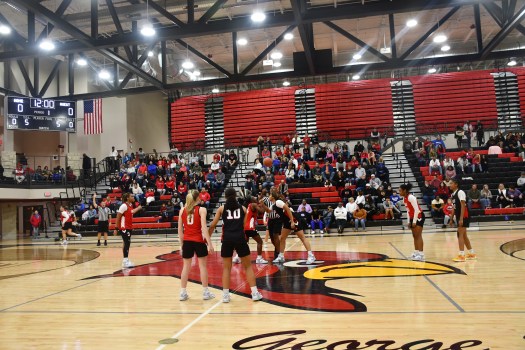 The Lady Cards are favored to capture a second straight 10th Region crown as well and look to improve on last year's top eight finish at the Sweet 16. (Photo by Matt Cizek) 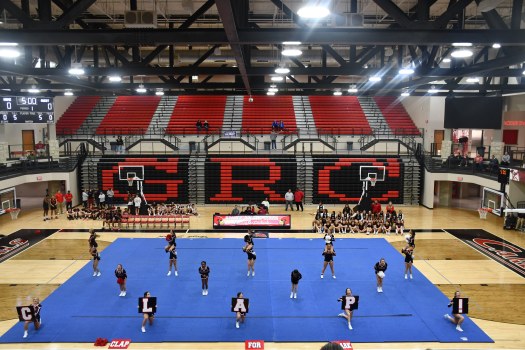 Meet the Cards included a performance by the GRC cheerleaders. (Photo by Matt Cizek)

In many places, having one top-ranked team would be a gift.

For Winchester, it’s become the status quo as of late.

“It’s just a fun atmosphere [to] get some fans out, have family out, and enjoy the night,” said GRC Athletic Director Mike Ritchie.

The event began with GRC’s cheerleading squad being introduced, along with Head Coach Jerrica Whitaker.

Unbeknownst to anyone, they would soon earn a trip to the Nationals Tournament in Orlando, Florida, following a strong performance the next day at the UCA Regionals in Lexington.

Following their opening routine, it was time for the girls’ freshman and junior varsity rosters to be introduced.

During a scrimmage, the two teams faced off, with the junior varsity coming out victorious by a score of 10-4.

Next, they introduced the freshman boys and the JV teams.

As with the girls’ program, the two teams would face off against each other.

While the freshman team got off to a fast start, the JV squad featuring returnees like Jaylen Berry and Jacob Smith scored the final ten points to escape with an 18-17 victory.

The stands were crowded, and many students could be found cheering on the Cards.

“I know whenever I get in conversations with people that don’t go to GRC, and they ask about school, and stuff, [basketball] is mainly a topic that we go to,” said senior Chase Hatton. “I think this year they’re going to be strong again, and hopefully, we make a push to the state championship.”

“I just like being out here around GRC,” said sophomore Mahni John. “I’m just trying to see us go back to Rupp [Arena] this year.”

The varsity teams were also introduced.

As the night went on, the girls’ team scrimmaged each other, as did the boys’ team.

Thus, it offered a unique opportunity to see the GRC stars of today take on one another.

Also, the boys’ and girls’ squads competed in a skills competition.

The boys’ team won in both the 3-point shootout and a knockout game as junior J.P. Gaines hit the last shot from the free throw line.

“I was just feeling it, and all of them [were] going in,” he said. “I just shot it with confidence.”

However, the girls finished first in the three-point contest, as newcomer Kyleigh Chestnut hit a half-court shot.

An eighth grader, this was Chestnut’s first time participating in a Meet the Cards night.

“My first thought was, ‘I have to make sure it’s lined up and make sure I put enough air and strength on it’,” she said. “It’s really cool….A lot of people [came], and I enjoyed it.”

After closing remarks, the event was complete for the night.

GRC fans will have much to look forward to in the coming weeks.

The girls’ regular season starts at home against Rowan County on Monday, Nov. 28, at 7:30 p.m.

The boys’ regular season starts at home against Bryan Station on Tuesday, Nov. 29th, at 7:30 p.m.