Winchester, Clark Co. welcome its next crop of government leaders 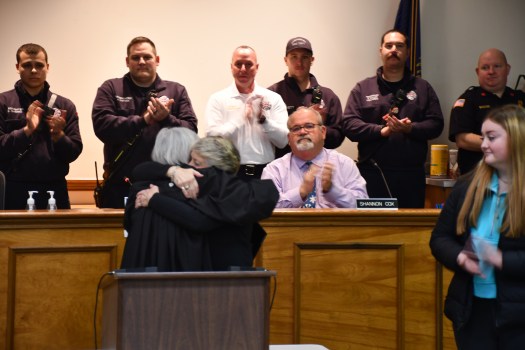 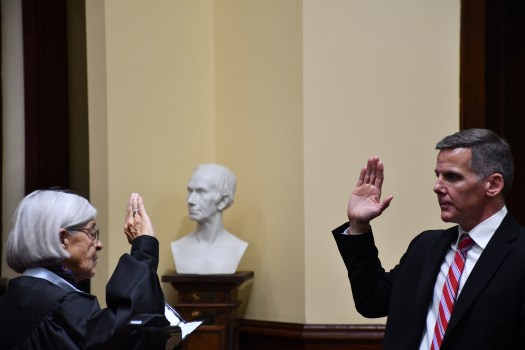 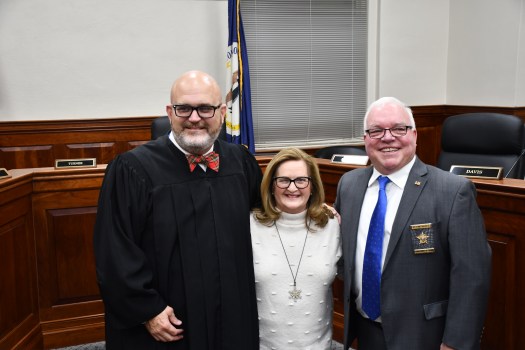 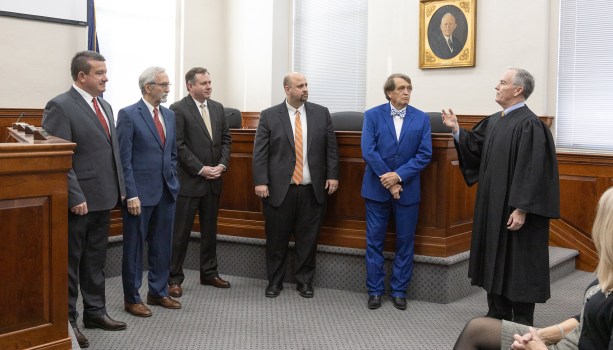 It’s always a busy time for city and county governments throughout Kentucky.

Over the last week in Winchester, it’s been busy with a feeling of change and celebration.

Various county and city-wide officials have been sworn in during the last week, many for the first time after prevailing in November’s elections.

Among others, Magistrates were sworn in on Tuesday morning at the Clark County Fiscal Courtroom.

Constables, including Shelby “Lynn” Toler and David Puckett, have also been sworn in along with Clark County Coroner Neal Oliver. Newly appointed Clark County-Judge Executive Les Yates will be in the position come January.

On Friday, another ceremony took place on what was – coincidentally – an already momentous day.

At the Clark Circuit Courtroom on Friday afternoon, David M. Ward was sworn in as the circuit judge for Division 1 of the 25th Judicial District.

It was also Ward and his wife Elizabeth’s 33rd wedding anniversary.

“My goal is to be fair and impartial in every case and to treat everyone who appears in Court with respect, no matter the person or the case,” he said. “It is also my goal to be prepared every day on every case and to work hard to do justice always.”

He was sworn in by Judge Julia Adams, formerly a District Judge and Circuit Judge who currently operates Adams Mediation.

“It’s always great to represent the people of Winchester and Clark County,” Doyle said. “We spent our career here. We look forward to the next four years.”

Taulbee stated that goals for the upcoming term included ensuring staff retention, being fiscally responsible, and developing plans and other programs with administrators.

The swearing-in was overseen and conducted by 25th District Court Judge Earl-Ray Neal.

“It’s a wonderful exercise of the Constitution,” says Neal. “Seeing both the continuity of the folks that have been re-elected and the stability that they provide to our community and then the extensive excitement that people bring to it when they’re newly elected. That’s what makes government work.”

On Tuesday, Dec. 20, incumbents Shannon Cox and Kitty Strode, along with newcomers Hannah Toole and Kenny Book were sworn-in as Winchester City Commissioners.

Though serving non-consecutive terms, this will be Book’s 26th year as a Commissioner.

“I’m glad to be back and for the long haul,” he said. “We’ve got a lot of steps that need to be done, and that’s one reason why I ran again.”

For the first time, the city will have a female mayor, as Judge Adams swore in JoEllen Reed.

“JoEllen and I have been friends for right at 65 years. I can tell you this is a real privilege for me,” said Adams. “I know of no one who has more integrity, that will dedicate more to the city of Winchester, and so I’m delighted to be a part of this.”

Among several points she made, Mayor Reed talked about how she planned to serve the city and the people of Winchester.