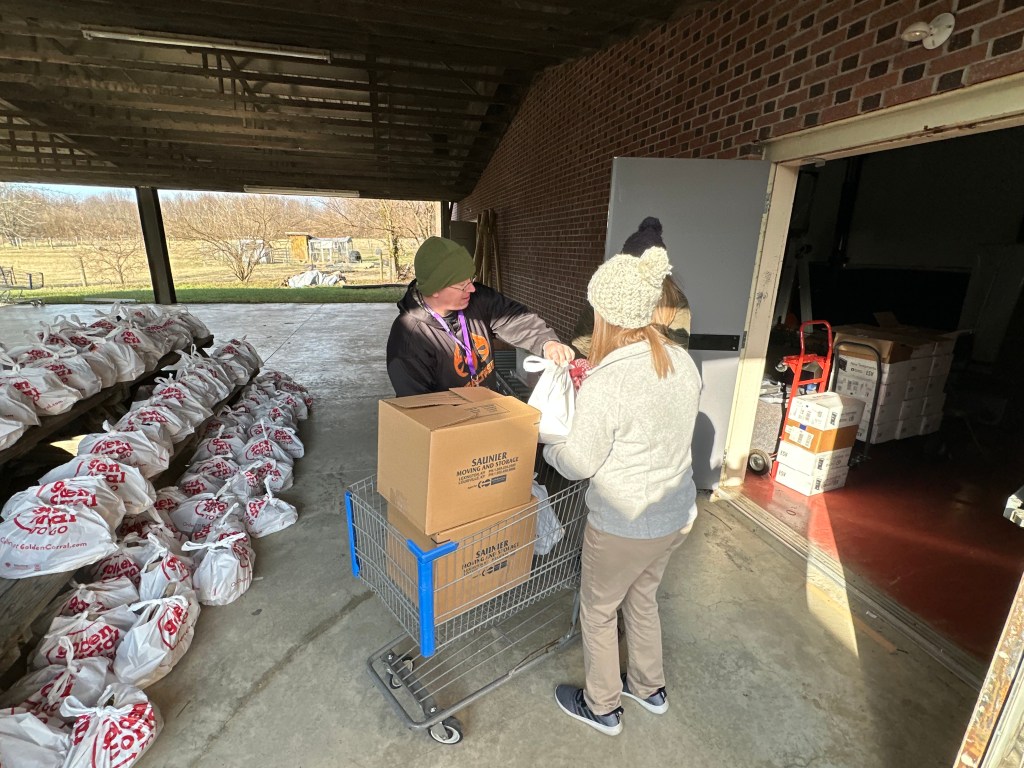 As festive of a time as the holidays can be, they’re also an opportunity to provide a spirit of giving to others.

Fortunately, Clark County has taken the lead in doing so.

“I think it’s 515 volunteers that we have used over the course of the entire thing from start until finish”, said Debbie Fatkin, the outgoing executive director of Clark County Community Services. “It’s the giving nature of our community.”

As defined on its website, www.operationhappiness.net, Operation Happiness’s mission is “ to share the love and compassion of Christ through a food basket program.”

Each year, approximately 1,400 families are served at Christmas time.

On Tuesday, Dec. 20, the event was held at Emmanuel Episcopal Church just off Lexington Avenue.

In the sanctuary area, people were received.

As a result, the pews were filled with individuals looking to participate in the program.

“Some of them go through their delivery, and some may go to the office and pick it up tomorrow,” he said.

Hudson was asked what made him continue his volunteer efforts.

“Just to see the smile on the people’s faces,” he said.

The next step in the process was registration.

“It’s really a community effort as well as our center’s effort, and that’s why it works so [well],” she said. “It’s amazing to see how this community comes together. We’re building up those other community members that need it the most, and I think it unites us.”

Two community members benefitting from the services provided are Tim and Edith Gregory.

“COVID kind’ve had a hard toll on us, and so we had to take early retirements from our jobs. They offer us a Christmas basket where we get commodities”, said Edith Gregory. “That’s immensely [valuable] to us.”

After registration, individuals could go to a room filled with coats for people of all ages.

There, they could prepare themselves for the cold temperatures ahead.

Certainly not least, the largest area of business was a room filled with boxes of goods that included canned foods like corn and vegetables.

While indoors, guests were treated to water, lemonade, chili, and peanut butter sandwiches.

Yet the best was saved for last.

Recipients could pick up one, or in some cases, two bags filled with a dozen eggs, butter, and ham.

Long-time volunteer Robert Smith was present to help hand them out.

“This is my sixth year. [I] took a little small break because I’ve been traveling, but I came back home [and] decided to help back and give to the community”, he said. “We wish them a Merry Christmas, and I help them the best [way possible].”

Once all was collected, guests could load the materials into their automobiles and take off – often receiving aid along the way.

In total, 1232 boxes were produced for the event, though not everyone will necessarily receive them on the same day,

Fatkin will soon leave her post, but she’s confident that the operation will continue accordingly.

“It’s a well-oiled machine, and it was well-oiled before I started doing it,” she said. “I believe it’s one of probably the greatest logistic feats that Winchester does.”