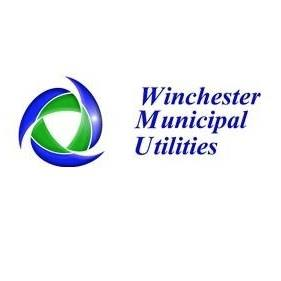 WMU customers who have Friday solid waste pick-ups will be collected on Monday, January 10.

Although the weather took a turn for higher temperatures late last week, the fallout following the cold temperatures of Christmas Eve continues.

The Notice of Water Shortage Advisory initially sent out by Winchester Municipal Utilities (WMU) on Dec. 28 remained in effect as of Monday morning.

Kevin Mayhorn, the director of engineering and operations for WMU, provided an update and perspective on the situation in an interview with the Sun on Friday.

As such, crews worked around the clock beginning on Christmas Eve to discover the root cause of the issues.

More minor leaks were found, and the crews also discovered them in fire lines.

“Any industries and businesses, doctor’s offices, [or] anything like that, they have a fire protection like a sprinkler system, and those are tied into our main lines,” Mayhorn said. “Where these businesses were closed, our guys were finding that the sprinkler systems within these businesses had busted or the lines had busted and were basically pumping water out either in the floor or in one of their pumphouses, or something to that effect.”

Technicians found approximately 13 or 14 fire lines having similar issues and turned each off. The result was that the water storage tanks built up some water, but more was needed.

“I issued this [Notice of Water Shortage Advistory] …asking the customers and the residents of Winchester and Clark County to conserve as much water as possible”, Mayhorn said. “I was never really concerned of running out of water, but what really concerned me was our tanks were dropping at such a dramatic level that if we were to have a fire or some kind of emergency where we needed to pull a great amount of water out of the hydrant…that might start causing a loss of water.”

Thus, the advisory was issued as much as a preventative measure for future potential issues as it was a reaction to present problems.

As many who have kept up with the news may be aware, Clark County is not the only location where these challenges have occurred.

“It’s widespread all across the state of Kentucky,” Mayhorn said. “There’s several other utility districts that have issued the same thing [and] that are having the same issues. This was just an unforeseen situation. It came and went so fast that their was really no way for us to prepare for it.”

Technicians continue to work and check the system for any place they believe water may be exiting.

With the hope of filling the storage tanks quicker than usual, water pressure is being slightly increased as it leaves the water plant and moves toward town.

“They’re starting to fill now. We’re still a long way from being back to normal operations, but that appears to be working.”

Mayhorn also says he’s seen that the community is positively responding to the advisory.

“I can definitely tell that they are there really trying to help out by conserving their water because a lot of our usage is starting to go down, which is allowing our tanks to build back up to their normal levels,” he said.

As the water plant continues working around the clock to adjust pumps without over-pressurizing and conserving water to help the system return to normal, a statement will be made once the Notice of Water Shortage Advisory gets lifted.

In the meantime, Mayhorn expresses gratitude, well wishes, and comfort.

“I just want to share with everybody that I do not see us losing water, and our team is doing everything possible to keep that from happening,” he said. “If [the community] sees anywhere that…water [is] coming from the ground; please let us know. I appreciate all the help and the support… We’re going to get through this and get our system back to normal operating just as soon as possible.”