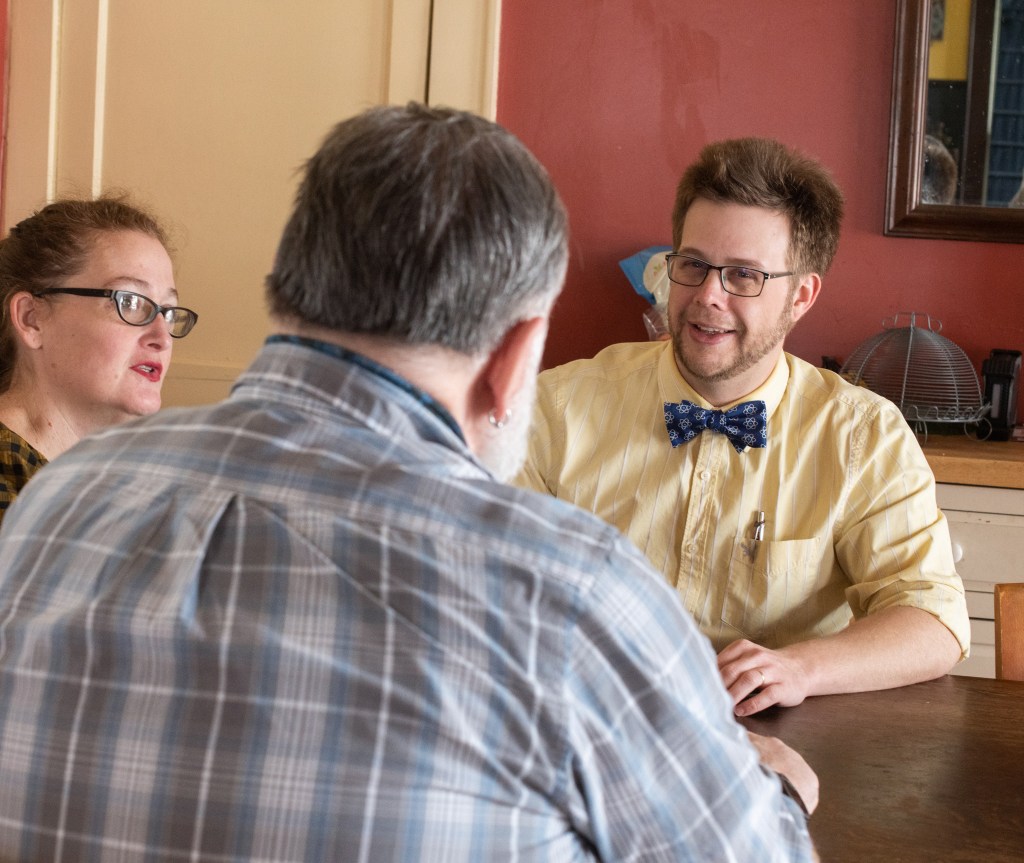 Democrat Chris Preece thinks that Kentucky’s Sixth Congressional District has “a representation problem,” which is why he says he plans to enter the race to represent the district in the 2022 election.

“(Current Sixth District Congressman) Andy Barr, I don’t think, represents the area or the people very well,” Preece said. “I’m from a rural area so I feel I can represent the people from the rural areas of this district pretty well.”

Preece,36, is from Martin County and grew up “in a little bit of poverty.” His father and grandfather were coal miners.

He earned a bachelor’s degree in chemistry from Morehead State University and a master’s degree in the same subject from the University of Kentucky. Preece has been an educator for 11 years, the past six teaching science at Berea Community School. He and his wife, Ruwen, live in Berea and are expecting their first child.

Preece has never held public office but said that he sees that the district “needs a lot of things to help it grow and to try to take care of people.”

One of the issues closest to his heart is child poverty.

“As a teacher, I see students who are doing without and I grew up doing without. It breaks my heart to see that,” Preece said.

To lift children out of poverty, Preece said he supports initiatives such as the one in the American Rescue Plan that raised the child tax credit from $2,000 to upwards of $3,600 per child. The provision also turned the program into a monthly income stream where parents can receive $250 to $300 a month per child depending on age.

Another area that Preece thinks the district can improve on is jobs, and one of the biggest issues is the long distances rural individuals have to drive to find good-paying jobs. He said he wants to see “more open training programs” so that people can stay and work in their area; another option is to invest in communities from the ground up.

“We can provide the funding and the resources for people, in their rural county, to start businesses … you could help them with start-up expenses and resources as well as maintain some support for them to grow,” Preece said.

“It’s a challenge to get out of the holler’ in time to seek health care,” Preece said. “Providing more and quicker transportation to hospitals or medical facilities is needed as well as more outreach centers.”

Preece said he has registered his candidacy with the Federal Election Commission, and plans to file with the State Board of Elections this fall.

Barr has represented Kentucky’s Sixth District in Congress since 2013.